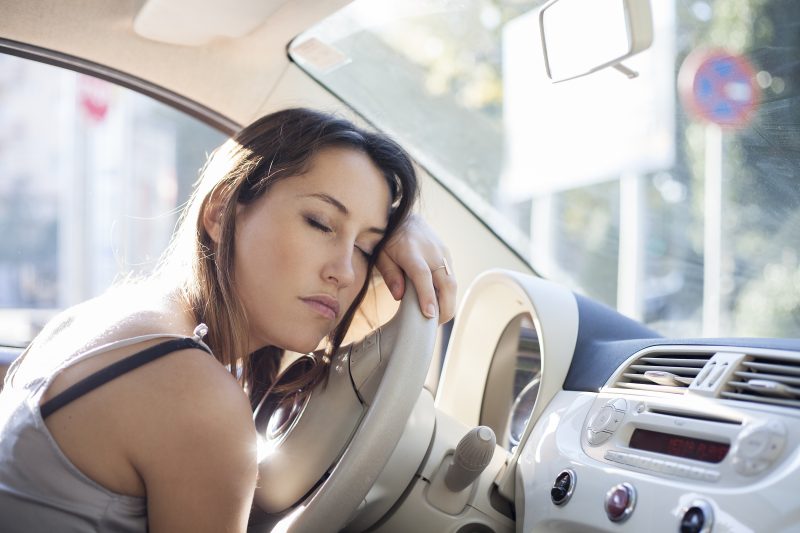 Drowsy Driving Prevention Week: The Dangers of Driving While Tired

Just about everyone knows that driving under the influence of alcohol and drugs is one of the leading causes of traffic accidents in Florida. However, what most people don’t realize is that driving while tired can be just as dangerous. The National Highway Traffic Safety Administration estimates that drowsy driving causes about 71,000 injuries and 1,550 deaths every year.

According to a report released by the Governors Highway Safety Association, driving tired does not receive as much attention as DUI or even driving while texting. Matt Nasworthy, one of AAA’s traffic safety consultants asserted:

People don’t understand just how serious [driving while tired] is. They don’t put it on the same level as impaired driving or even distracted driving, when it’s just as dangerous.

In order to raise awareness about the dangers of drowsy driving, the Florida Department of Highway Safety and Motor Vehicles (FLHSMV) is reminding Florida motorists to get some rest before hitting the roads this Labor Day Weekend. This plea kicks off Florida’s Drowsy Driving Prevention Week September 1, lasting through September 10.

Florida’s Drowsy Driving Prevention Week is dedicated to Ronshay Dugans, an eight-year old girl from Tallahassee who died when a drowsy driver accidentally drove into the van in which she was a passenger.

Drowsy Driving Prevention Week’s mission is to show that “Everyone around you loses when you snooze behind the wheel”. FLHSMV hopes that sharing Dugans’ story and providing motorists with drowsy driving prevention tips will reduce the number of injuries and fatalities caused by driving while tired.

2015 witnessed 23 deaths and 4,386 motor accidents caused by drowsy driving on Florida roads. That year, Miami-Dade County topped the list with 550 crashes related to fatigue. Broward and Orange Counties, respectively, recorded 405 and 324 fatigue-related crashes. According to Sgt. Mark Wysocky, a Florida Highway Patrol spokesman, Palm Beach County ranked fourth in Florida. For these reasons, FLDHSMV and similar organizations are focusing most of their efforts on these four counties.

Risks of Driving While Tired

One of the best ways to prevent drowsy driving accidents is by being well-rested before driving. When it comes to preventing drowsy driving, good sleep habits are essential. It is also recommended that drivers avoid consuming alcohol and medications like Benadryl that cause drowsiness. On long trips, drivers should have a companion to help keep them awake and share driving responsibilities. Drivers should take a break after driving every few hours, or 100 miles.

Driving while tired endangers, not only yourself, but everyone on the road – including pedestrians and bicyclists.

This epidemic is not only prevalent in Florida, but throughout the United States, which is why National Drowsy Driving Prevention Month is nationally recognized in November.

While Florida heavily recognizes Drowsy Driving Prevention during this time, these realities should be considered at all times.