Florida Texting and Driving Laws Are About to Get Much Tougher 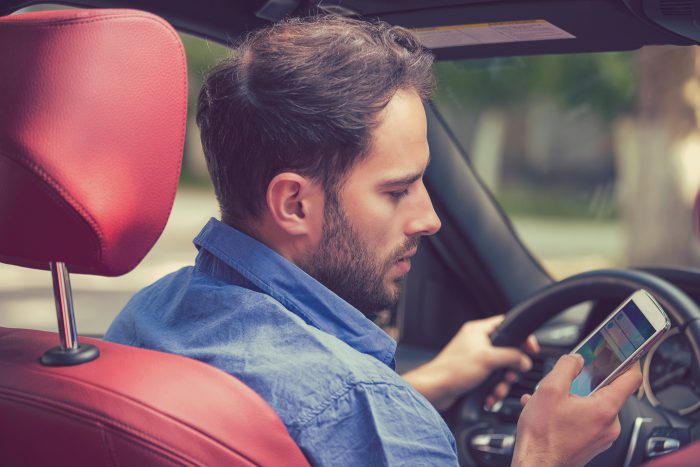 Florida texting and driving laws have been leniant, but that might soon change.

There are many reasons driving in Florida can be quite the adventure. There is seemingly never-ending road construction. Many visitors are driving unfamiliar rental cars and many are elderly. There’s also the problem of drivers texting while driving in the state. Next to Louisiana, Florida is considered the second most dangerous state for distracted driving, with texting and driving being a big contributor. Many believe it is such a significant problem in Florida because its texting while driving laws are considered some of the weakest in the country.

What is the Law for Texting and Driving in Florida?

Current texting and driving laws in Florida can be summed up mainly in two long, rambling sentences from the Florida Legislature:

A person may not operate a motor vehicle while manually typing or entering multiple letters, numbers, symbols, or other characters into a wireless communications device or while sending or reading data on such a device for the purpose of nonvoice interpersonal communication, including, but not limited to, communication methods known as texting, e-mailing, and instant messaging. As used in this section, the term “wireless communications device” means any handheld device used or capable of being used in a handheld manner, that is designed or intended to receive or transmit text or character-based messages, access or store data, or connect to the Internet or any communications service as defined in s. 812.15 and that allows text communications.

While these sentences sound a bit menacing, the problem critics say, is that Florida texting and driving laws currently make it a secondary offense. That means while a police officer may stop a vehicle for having expired license plates or a broken tail light, they may not stop them when texting and driving is the primary violation. Even when cited for texting while driving, a fine in Florida is just $30 for the offense.

The Push for Tougher Texting While Driving Laws in Florida

In the past several years, lawmakers and others have been trying to solve the problem of distracted driving accidents in the state, which reach over 50,000 in 2016. The Florida Department of Transportation (FDOT) introduced 64 Safe Phone Zones at rest stops and safety plazas across the state.

Legislatures and supporters have been campaigning in counties and city councils across the state to toughen laws. It seems every few years new legislation is introduced in the legislature to toughen these laws. Now, bills have once again been introduced in the House and Senate that would tighten laws about texting while driving, making it a primary offense in the Sunshine State.

This would allow police to stop a driver that is seen texting. It could also lead to more significant fines. The bill potentially could lead to texting and driving being made illegal for just drivers under the age of 18. One way or another, however, it looks as if the momentum is there to toughen the texting and driving laws in Florida in some form.

Will New Texting and Driving Laws in Florida Stop the Practice?

The reality is, even if new laws about texting and driving in Florida are enacted, it would not totally solve the problem. This is particularly true for younger drivers who are deeply connected to their devices and may feel indestructible. This is why the problem is being approached from more than just a legal standpoint. It is also being addressed from an educational and technical aspect.

There are a growing number of apps from a variety of insurance companies and others interested in discouraging distracted driving. Apple’s iOS 11 iPhone update even includes a Do Not Disturb While Driving feature.

Between digital features and apps, improved education, cell-phone safety zones, and potentially stronger texting and driving laws, the problem of distracted driving may lessen in Florida, and it could happen soon.

Florida Traffic Laws: What to Know About Driving in The Sunshine State

How To Register Your Vehicle From Home During...

What Factors Affect The Cost Of Your Motorcycle...

The Best Tips To Survive Driving In Miami

How To Quickly Get A Duplicate Title In...