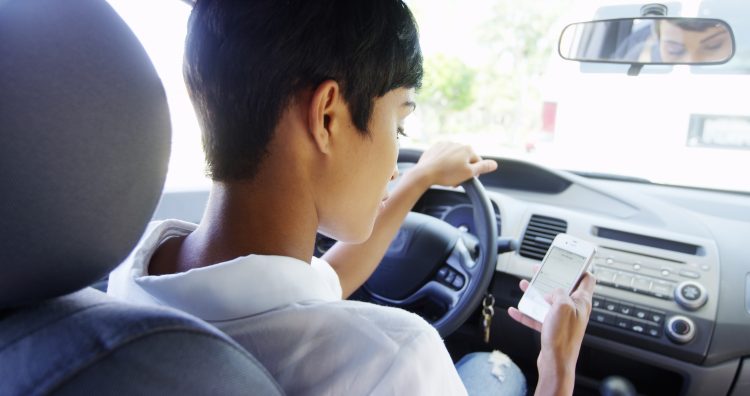 Apple’s iOS 11 iPhone update will deliver a slew of features, one of which will help drivers fight the temptation of texting and driving.

Aptly dubbed the Do Not Disturb While Driving feature, the Apple update will roll out on all mobile device software onward from Fall 2017.

Check out Apple’s Do Not Disturb While Driving mode in action below:

If an iPhone carrying the update is connected to a car via Bluetooth, cable, or if the car is moving, the phone won’t show any text or news notifications to the driver (should they choose to activate the app settings). While it might seem inconvenient, driver’s are still in control of whether the function is active.

The Do Not Disturb While Driving iPhone Feature is a good move by Apple.

The function illustrates the company’s advocacy for safe driving while not alienating customers with an ultimatum.

Users can configure the function to respond with an automatic message should the feature be enabled. The default message from Apple’s demonstration informs those trying to reach drivers of their current unavailability and is fully customizable.

This feature was implemented to combat the dangers of texting while driving, keeping drivers barred from sending individual and group texts alike.

The update doesn’t stop there. Drivers can still see Apple Maps and will still be able to use other navigation maps such as Google Maps. Drivers should beware, however, of several blocked features while this feature is active. Destinations can’t be entered nor can complex actions be performed.

Many blocked features will be protected by a locked iPhone screen which prevents drivers from accessing their app dashboard while behind the wheel. Passengers who’re riding, on the other hand, can indicate they’re not driving to disable the feature.

Should no passengers be present, drivers can use Apple CarPlay to engage with their handheld technology without ever touching it. A vehicle interface designed to grant drivers audio notifications of texts, Apple CarPlay uses voice commands to operate so drivers may still answer critical messages while behind the wheel.

What do you think about Apple’s anti-distracted driving function?

Would you use this? Leave us a comment and let us know!