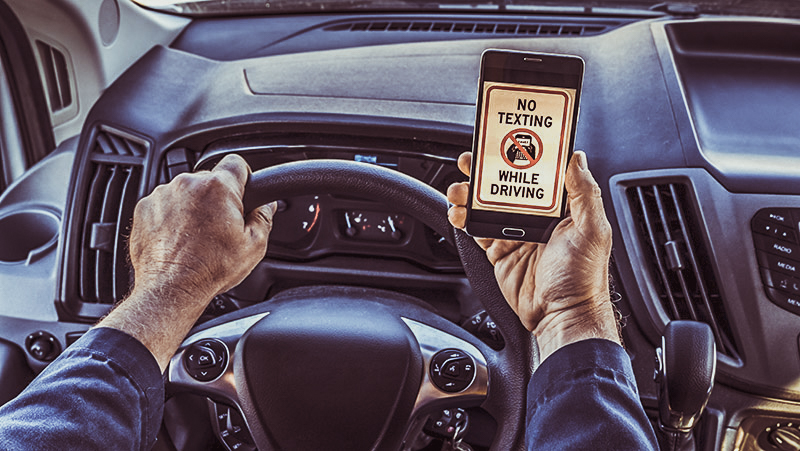 Of all the behavioral factors associated with car accidents in the United States, distracted driving has become a serious concern because numerous drivers are seemingly ignoring the effects of taking their attention away from the road.

Distracted driving is a negative habit that diverts attention from driving, including texting while driving, eating and drinking, talking to other passengers, twiddling the stereo, entertainment or navigation system.

At its simplest, distracted driving refers to any activity that removes your attention away from the primary task of driving safely.

According to the National Highway Traffic Safety Administration (NHTSA), distracted driving is a dangerous behavior that claimed 3,450 lives in 2016 alone.

In practice, distracted drivers engage in multiple competing tasks which is more impactful when it comes to novice drivers and, of course, teenagers.

Though the use of electronic devices, such as smartphones or tablets, has garnered the most public and mass media interest. So, in logic, how can we encourage people to stop texting while driving?

So far safety campaigners are successfully spreading the word against texting and driving, but we won’t be able to note a difference unless people understand why they should refrain from using their phones.

For that reason, let us show you 4 compelling reasons why you should stop texting while driving.

You are diverting your attention from the road

Texting and driving is a serious distraction in which many drivers are tempted to send a quick text to another person rather than waiting for the safest moment to do so.

Sending a text while driving takes your eyes off the road for at least 5 seconds, jeopardizing your safety rather than making your life you less complicated.

If you are driving inattentively at 55 mph, the implication is that you will drive the length of a football field without looking at the road.

Driving a vehicle certainly embodies processing a huge amount of visual information, predicting the maneuvers of other drivers and coordinating precise movements of our hands and feet.

Just because you feel the urgency of multi-tasking doesn’t mean you can excel at completing many tasks at once.

In a previous advertising campaign against distracted driving, the NHTSA reported that 71% of teenagers and other young drivers admitted they had composed or sent text messages while on the road.

In a similar pattern, 78% of teenagers and young drivers commented they had read text messages while driving.

The truth is that many of these so-called distracted drivers reject the problematic of their “apparent” distraction.

Texting while driving is against the law

The prevalence of cellphones have made an impact on our safety while on the road. In the U.S., 16 states, D.C., Puerto Rico, Guam and the U.S. Virgin Islands banned the use of hand-held cell phones while operating a vehicle.

As for text messages, 47 states, D.C., Puerto Rico, Guam and the U.S. Virgin Islands have passed laws banning drivers from sending texts while on the road.

Adults must be a better example at driving safely

Young and teen drivers tend to follow the examples set by their mentors, which in many cases relates to parents and other peers.

When adolescents see other drivers texting while driving, mostly their parents, they start mimicking such behavior to a point that is already rooted in their minds.

Distracted driving is a serious concern that keeps claiming the lives of many inattentive victims, which is the reason why teen parenting is key to success.

Young drivers are vulnerable to the risks of distraction, but parents have a lot of resources in hand to teach their teens how to prioritize safety while driving over any other competing activity.

From mobile apps that focus on tackling distracted driving to online resources for deep, informational guidelines, what do you do to ensure your teen stops texting while driving?