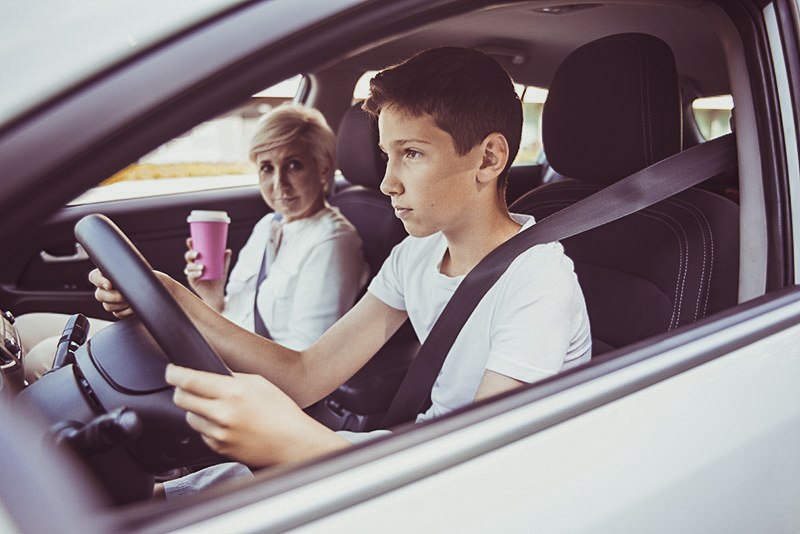 Parents Need To Step Up And Be In Charge

Parenting is one of the toughest and most-fulfilling jobs in the world.

If you are raising teens, you need to keep reading this article as there is always something new to learn about teen parenting, mostly when it comes to teaching your teen how to stay safe while on the road.

As a matter of fact, the AAA Foundation For Traffic Safety reported that teenagers are three times more likely than adults to be involved in a deadly car accident.

In addition, teenagers tend to make their own judgement which is not always based on experience, nor knowledge.

For that reason, parents need to step up and be in charge by educating their teen drivers about safety and responsibility while driving.

A positive way to raise awareness between parents and teens is to highlight recent teen driving facts and statistics, which not only helps parents stay current with the latests findings about road safety, but also sets a new parameter for young drivers.

Your teenager should never take their safety for granted and whatever they can do to stay focused can make a difference.

From putting the phone down to following the basic norms of traffic, let us give you a reason to take teen driving seriously.

Find below everything you need to know about teen driving, which is not fake news but pure facts:

At this point you may be overly-worried and discouraged about handing over the keys to your teen. Yet, regardless of the negative statistics, you have the power to protect your teen by educating them about safety and responsible practices.

Once again, parenting is not an easy task, but these facts were grouped for you to have a private discussion with your teen about what really matters the most when getting behind the wheel. Good luck.

SEE ALSO: 5 Bad Driving Habits That Are Ruining Your Vehicle

A Quick Guide To Handling Another Driver’s Auto Insurance

How to Save Gas With These 8 Driving...

5 Tips You Need To Know Before Buying...

Mom Makes Example of Teen Who Crashed While...

8 Reasons Why You Should (And Shouldn’t) Drive...

How To Stay Safe in a Pokemon Go...