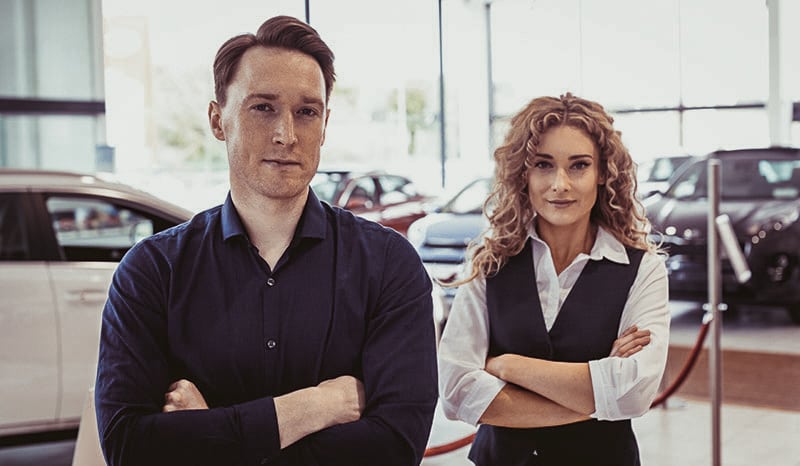 Are Millennials A Real Headache For The Auto Industry?

There’s a lot of talk about Millennials, what they need, what they aspire for, and what their purchasing habits are in regards to mobility.

While the auto industry has been successful adjusting to the needs of Silents, Baby Boomers, And Gen Xers, it appears that automakers are having a hard time trying to understand Millennials’ purchasing habits.

According to the global stereotype people have about Millennials, this “entitled” group of people would rather more frequently order a Uber, use public transportation, or even ask their parents or any other relative for a ride, than owning a car.

In the absence of such need, the ritual of buying a new car may no longer be the norm, nor the expectation for anyone who reaches adulthood from this point forward.

Comprehending buying patterns can be tough, mostly because Millennials have demonstrated fundamental, marked habits that are worth examining.

Quite probably automakers will have to adapt to a new type of client with an atypical approach towards car ownership.

Despite the benefits of owning a car, Millennials are more inclined to delay car ownership, which is not the same as rejecting in any assumption.

When you think about it, people are having families later, they’re getting married later, they may be leaving their home later — all of those factors. So it makes logical sense that they might buy their cars later too.”

A recent study from J.D. Power’s Power Information Network found that the share of Millennials in today’s auto market increased to 28%. Curiously, California is the first state in which Millennials have outstripped Baby Boomers.

Contrary to certain assumptions that some people have about Millennials, these results demonstrate a huge improvement in overall sales compared to past performance.

In 2010, for instance, Millennials who made up about 30% of the population purchased only 17% of new cars, which kept industry experts pessimistic about the future of vehicles.

As much as Millennials delay car ownership, would it be a mistake to keep making assumptions about their buying habits?

It might be that once they start progressing in their lives with better jobs, responsibilities, and other changes in their lives, they may start moving to suburban areas where the cost of living matches their lifestyle.

Relocating far from the city increases the chances of buying a car, at least, for convenience.

The cost of housing and just the need for space will drive people out to places that are less dense. And less density means you need a vehicle to get around.”

As for car ownership rates, other industry analysts agree that Millennials won’t be able to catch up with previous generations, causing an inevitable downturn for the industry.

Not only are analysts pessimistic about the interest of Millennials in car ownership, but they are also concerned about the reduced number of young adults applying for a driver’s license.

The lack of interest in car ownership is also associated with responsibilities Millennials are no longer prioritizing in their pursuit of their independence.

What does the auto industry know about Millennials’ perception of car ownership?

Young adults are developing a different perception of cars compared to their predecessors. Owning a car is no longer a sense of luxury, nor prosperity, nor independence.

Rather than using vehicles as a measurement of success, Millennials perceive vehicles as machines that follow an utilitarian purpose.

According to a survey made by NerdWallet, a personal finance website, while 75% of Millennials, who own a car, are planning on buying another in the next 5 years, they don’t seem to be entirely pleased about car ownership.

Owning a car involves long commutes, difficult parking, and frustrating traffic congestion which, for the most part, seem to work against their perception of a liberating life.

Far from the idea that Millennials are overly indulgent, this young group avoid buying cars that they cannot simply afford and rather focus on alternatives based on practicality and reliability.

Not to mention that many young adults are already immersed in huge college debts.

Catching up with technology advances

Nonetheless, young car buyers are starting to pay attention to cars that offer connectivity and other in-car technologies.

Recently, Cox Automotive found that Gen Yers are looking for carmakers that are able to produce vehicles that masterly integrate with their smartphones and sync with other technology.

By comparing different age groups,  the company reported that 64% of participants, aged between 18-to-24 years old, expected their cars to be able to follow all the tasks that their smartphones could do.

While young adults prefer to drive a car that possess advanced information and entertaining features, 91% of Gen Xers, on the other hand, prioritized owning a car that is equipped advanced safety features.

The development of autonomous vehicles were not excluded in the investigation, as Millennials are more more optimistic about giving up control of driving.

As every age group demonstrates disparate views towards car ownership, automakers are required to quickly adapt to the varying views, while keeping up with the latest technologies/trends in the auto industry.

SEE ALSO: For People Who Enjoy Driving, Are Autonomous Cars Worth It?