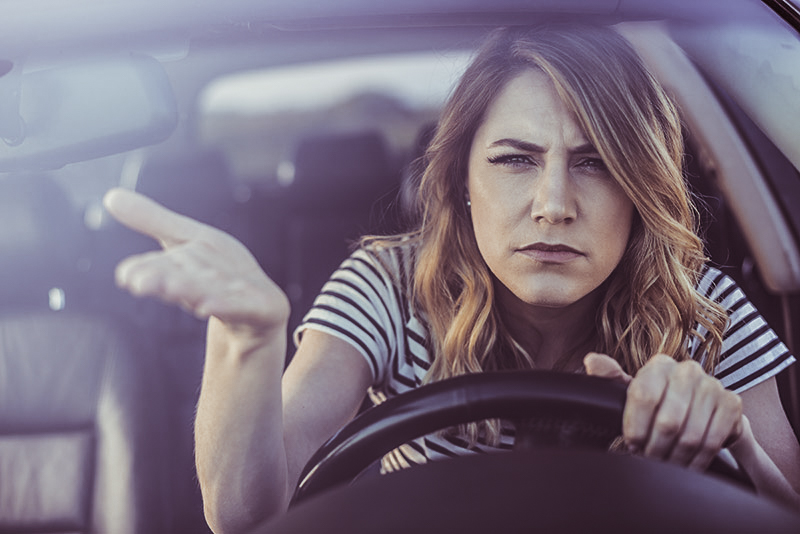 Is The Left Lane Only Reserved For Passing Other Vehicles?

Nowadays it’s common to see cars driving about 50 mph in the left lane, not using it as a passing lane, and driving at a glacial pace creating more traffic congestion.

There’s an apparent sense of ambiguity when it comes to switching to the left lane, not to mention that some states have already enacted specific laws in its correct use.

While there’s no problem with using the left as it is intended, motorists who drive slowly in the fast lane could get in trouble with law enforcers.

According to the National Motorists Association (NMA),  a grassroots and non-partisan group that advocates for the rights and safety of motorists, simple misunderstandings in the acute left lane rule are rooted in the 55 mph national speed limit that was imposed in 1974.

During those days when passing on the left lane was an unwritten rule of the road, people were actually confused with the passing speed limit law, causing drivers to follow the speeds signs while driving on the fast lane.

Because the speed limit was too low, drivers trying to pass weren’t allowed to and it caused a lot of problems, and it still does.”

For the most part, hanging on to the use of the left lane only for passing other vehicles in an act of courtesy comes with great benefits.

Here are 4 key benefits from using the left lane just for passing other vehicles.

Regardless of what other drivers tell you, most states punish drivers who stay in the left lane without passing other vehicles.

The confusion could be based on historic grounds as explained above, but it is not enough to ignore the basic rules of the road in today’s world.

In 29 states, traffic laws indicate that any car driving slower than the surrounding traffic should be in the right lane, whereas other states are more severe on their legislation, designating the left lane only for turning or passing.

In Florida, for example, left blockers could face a $121 fine if caught by law enforcers.

While abiding to the rules of the road is gratifying and civilized, following a good sense of courtesy will also help other vehicles move faster and reduce any possible congestion in the area where you are driving.

You’re less likely to get into an accident because traffic is always flowing and more consistent.”

Following the law also helps you look after your budget which is fantastic. Moving to the right while adjusting your speed to a moderate level can get you better gas mileage.

Not to mention that you are also contributing to environmental initiatives when it comes to saving the planet from pollution.

Switching between lanes constantly isn’t as fuel efficient as you think it is either. Keep your mind in perspective and save your budget and the planet.

Less stress for you and everyone

Just because you are driving fast, zipping around vehicles, and acting intense, if not reckless, doesn’t mean that you are going to get to your destination any earlier or safer.

Stay in your lane, drive according to the speed limit signs, and use the left lane in case you need to pass other vehicles. You are also advised to be courteous with other drivers.

If you’re weaving in and out and cutting people off, you may cause road rage in others, and that’s what we really need to stop.”

You may think that acting courteously sounds better in theory rather than in practice, mostly when you live in urban areas where traffic congestion is at its highest.

But the secret to success when it comes to safety is to drive properly, acknowledge other vehicles including trucks, and make room for other merging vehicles if driving on the right lane

Once you start treating everyone you share the road with as equals, you’ll be making a positive contribution towards road safety.