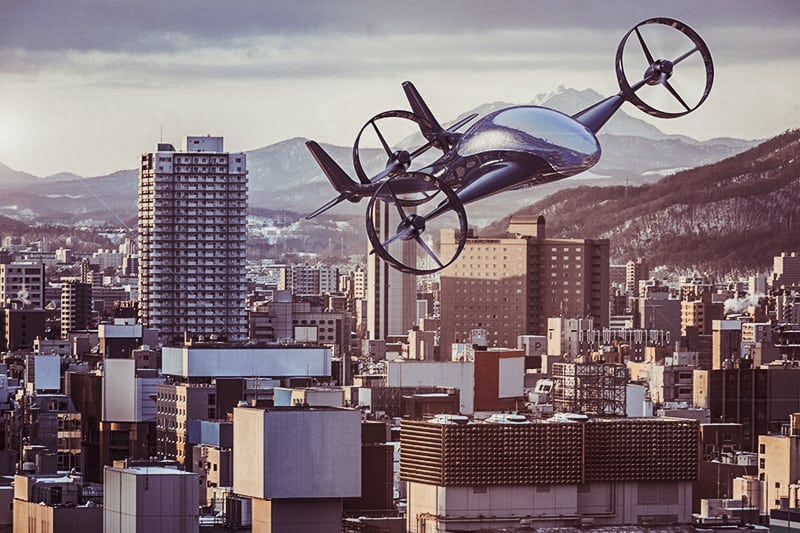 Flying Cars Are Redefining Our Understanding Of Mobility. But, Will They Be In The Market Anytime Soon?

With the global trends towards urbanization, auto enthusiasts are expressing their interest in flying cars, mostly because the enormous contribution these innovative vehicles could make to our lives.

The idea of operating a flying car that takes off vertically and lets you enjoy an incredible view from the air is keeping everyone counting the days for a release that could redefine our comprehension of mobility.

An ordinary driver is no longer thrilled by driving cars with modern features and enhanced add-ons. Being able to switch their driving to flying mode is what captures their interest.

Companies such as Uber and AeroMobil are already making huge attempts to tap into the market with creative ideas that may leave you speechless.

These companies have disclosed prototypes that provide an incredible experience owing to the use of technology.

AeroMobil, for example, has already been working on a prototype for a flying vehicle named AeroMobil 3.0. This vehicle transforms from a regular car to a plane in just few seconds.

While these companies are already translating innovate ideas into concrete projects, flying cars are still far from being a reality, at least not in the near future.

Here are 5 reasons why flying cars won’t make it into the market anytime soon.

Regardless of how much progress companies are making on the development of new prototypes, the amount of noise that these vehicles make is still a challenge that they still need to overcome.

Elon Musk, co-founder, CEO of Tesla, explained that this type of vehicles generate a lot of noise, associating it with the sound that today’s helicopters make while flying above us.

Just imagine a city full of flying cars cruising mid-air, where locals feel frustrated about the noise that they have to put up with on a daily basis.

A chaotic and scary future

Going to different places by plane has always been the safest choice compared to other forms of transport.

Yet, letting flying cars cruise around the city a few feet above you may not necessarily give you a sense of safety.

Even when you know that the margin of error is minimum, seeing dozen of cars above you can be rattling.

What if the engine unexpectedly goes off? Who’s going to be there to let the car land without hurting anyone?

Flying cars are expensive to produce and buy

Let’s keep things real. Unless you are a remarkable personality with a fat wallet, chances are you won’t be able to afford driving those vehicles once they debut in the market.

The U.S. government, along with other industry-related companies, have already examined the production of these new alternatives and mention that the flying car concept will cost $50 million.

Terrafugia, a company that specializes in flying car prototypes, has invested a lot of time and money in a flying car that will cost $279,000.

This new concept will address safety concerns as any other vehicle in land, but affordability is still a factor that could hinder buyers from switching to this new innovative product.

Not to mention other ownership costs including re-fueling costs and insurance.

What if a flying car breaks down?

Drivers often cope with cars that break down in the middle of the road and the only solution is to take the vehicle to the mechanic or fix it at home.

The car simply stops running and you are forced to remove it from the road to avoid accidents and increasing congestion. But what if your flying car breaks down in mid-air?

It could be a tragic scenario as you are not the only person who may be at risk but also the pedestrians who are just walking by.

Even if you activate parachute (if applicable), your next concern would be safe landing.

As conventional vehicles break down, why wouldn’t a product that is still in its infancy confront the same problem?

While operating a flying car reduces the chances of getting stuck in a severe traffic congestion, weather adversities are still an issue that impact our safety.

During adversed weather conditions, your flying car can get hit by a gust of wind, perform poorly owing to heavy rain, or be struck by lightning.

The impact that certain weather conditions have on objects, including vehicles, makes it complicated to reach optimal resiliency.

Volkswagen To Discontinue Production Of Beetle In 2019

A Breakdown Of The New Traffic Safety Laws...