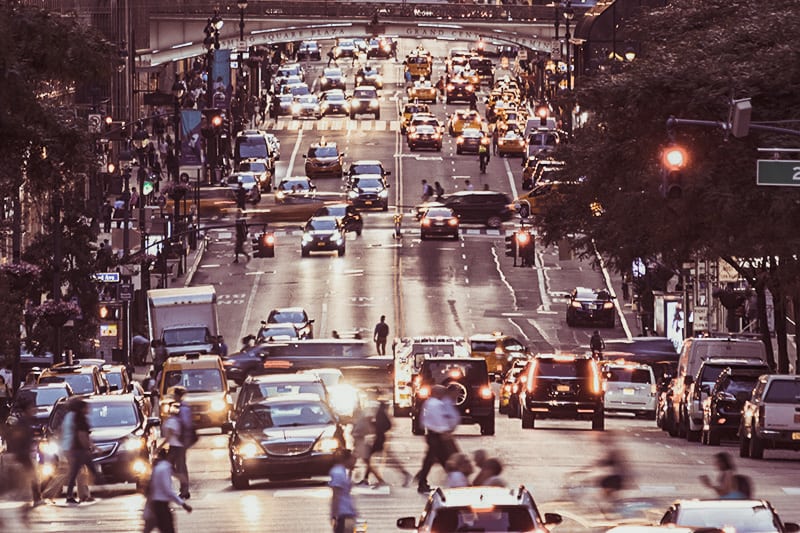 Country folks no longer need to be worried about driving in the city jungle.

If you aren’t familiar with driving in the city because you’ve been dedicating your time driving in rural areas, just relax because we have everything you need to know to drive like a urbanist.

It may seem chaotic at the beginning as you’ll need to watch out for parking, pedestrians, difficult roads, and other driving-related risks.

Places such as NYC, for example, are quite congested with so many pedestrians, cyclists, and vehicles that are battling to stay ahead of each other, which terrifies locals and other visitors.

For that reason, here’s everything you need to learn about driving in the city.

Watch out for one-way roads

One-way roads are almost everywhere in the city, which is something that country drivers don’t usually have to cope with.

You can spot drivers getting stuck and frustrated in a one-way road when trying to go on the opposite direction, especially if those drivers are clueless about the way those streets were designed.

For the most part, one-way roads are grouped in pairs. If you find a one-way road heading south, the parallel road will, most likely, be heading north.

The dilemma of driving a big or small-sized vehicle

Parking is a huge factor in a city such as NY or Miami where there are limited spaces to place your vehicle. Not to mention that small vehicles are easier to handle parallel parking.

A country driver usually assumes that urban areas offer large parking lots and that’s, unfortunately, false. Most cities have parking building where cars park tightly close to each other.

Crime is always a factor to consider

Just because many cities are quite unsafe for parking doesn’t mean you need to find a spot right by the police station.

All you need to do is find a highly visible space where to place your car. Stay away from dark or isolated areas because car thieves are constantly scanning the city in search of a victim.

Remember that urbanists usually park their cars in areas where everyone can see what’s going on, which deters thieves from focusing on your car.

By design, urban areas encourage drivers to get off their vehicles and walk, which is challenging as now drivers need to pay more attention to pedestrians at every intersection.

Pedestrians gather in large groups at every intersection waiting for the crossing light to turn green to walk.

However, some urban pedestrians are quite aggressive and tend to cross the street even at a red light. Stay focused and be ready to brake once you spot an aggressive pedestrian acting negligently.

Cyclists are taking over

Cyclists have their own lane but sometimes they are also sharing the road with other vehicles in urban areas. They usually ride their bikes between parked vehicles and the passing traffic.

Prior to making any right turn, see over your right shoulder for cyclists who may be coming your way.

Do not just rely on your side and rear mirrors as you may not get an accurate view of your surroundings, especially before getting off your car once you parked on the street.

“Dooring” is a common dilemma between drivers and cyclists in which some drivers open their doors without paying attention to a cyclist passing closely.

SEE ALSO: Is Summer The Most Dangerous Season For Teen Drivers?