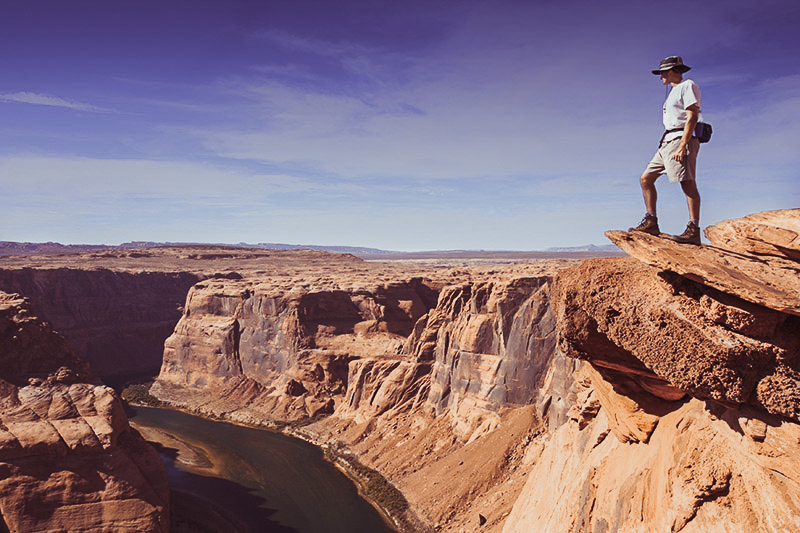 “O beautiful for spacious skies, for amber waves of grain
For purple mountain majesties, above the fruited plain
America, America, God shed His grace on thee
And crown thy good with brotherhood, from sea to shining sea”
The first verse of the song “America the Beautiful”

The writer of “America the Beautiful,” Katherine Lee Bates, was describing the view from Pikes Peak as she wrote the song in 1893.

Bates was on a road trip with a group of teachers according to Ballad of America.

The group used a wagon pulled by horses to get near the top of 14,115-feet-high Pikes Peak and then used mules to get to the very top.

In the 21st century, people take road trips via automobiles rather than horses, but the beauty of the United States is still captivating.

In fact, a road trip to Pikes Peak, which is about 12 miles west of Colorado Springs, and other parts of the Mountain West can be even more scenic and unspoiled than it was in 1893.

And that is the consequence of America’s remarkable decision to preserve their precious land as national parks.

Of the 61 parks, 17 are in the eight Mountain West states — Arizona, Colorado, Idaho, Montana, Nevada, New Mexico, Utah, and Wyoming.

How many of the 17 national parks in the Mountain West you should visit on a road trip depends on how much time you have.

Frankly, you should take several road trips to the different national parks the country has to offer, but for the purpose of this article, we’ll assume that you have enough time to go on a road trip to the four states in the Mountain West, which meet at one point called the Four Corners — Arizona, Colorado, New Mexico, and Utah — and you are driving westward from the East, South, or Midwest.

With that being said, let’s visit the following US national parks on a road trip that exudes charm and entertainment.

You can see deep rocky canyons and high ancient sea ledges as well as cactus and desert wildlife above the ground.

Below the ground are 119 caves of all sizes. A cave called the Big Room is the fifth largest cave in North America.

PLEASE don’t emulate Thelma and Louise’s road trip. They missed so much by ending it early!!

Driving west from New Mexico to Arizona, the Grand Canyon National Park is on many lists of the seven Wonders of the World.

This article recommends doing more than viewing the Grand Canyon via the viewpoints for visitors.

You should, instead, walk on a hiking trail that traces the canyon’s rim and descends into its depths.

Heading north from the Grand Canyon, you should think about seeing all those picturesque mountains and valleys you saw in so many Western movies by visiting Monument Valley, which is on the Arizona-Utah border.

Monument Valley is NOT an American national park because it’s part of the Navajo Nation but it’s on many travelers’ lists of great national parks.

So if you want to emulate Ford’s favorite actor, John Wayne, and ride a horse in the valley, go ahead. They’re available.

Only Alaska and California have more national parks than Utah, which has five.

You can drive about 280 miles northwest from Monument Valley to Bryce Canyon National Park.

Bryce Canyon has the largest concentration of hoodoos in the world. ‘What did he or she just write?’ you’re thinking.

Hoodoos are irregular columns of rocks. Trust us when we say you want to take photos of these rock formations.

Zion National Park is only about 70 miles from Bryce Canyon, mostly west, but that’s not why you should go there.

The park also has more than 300 species of birds, mammals, and reptiles.

Heading about 300 miles northeast, yes you’re still in Utah, you will see Arches National Park. Canyonlands National Park is nearby.

On a long road trip, you should visit both. We chose Arches over Canyonlands because it is more accessible, but you can take great photographs at either park.

Arches has more than 2,000 natural sandstone arches. You can see many of them up close via your car and/or your feet.

Here’s how this article on national parks describes the park — “Discover towering sand dunes, similar to what you might expect to find in the Sahara Desert, in the middle of Colorado — along with snow-covered mountains and prairie-like grasslands.”

It’s about a 300-mile northbound road trip from Grand Sand Dunes to Rocky Mountain National Park, which is also in Colorado.

The views described in “America the Beautiful” were from Pikes Peak, but it’s common for people planning a road trip in Colorado to ask whether they should visit Pikes Peak or Rocky Mountain National Park.

Yet tourists’ consensus is to visit the park.

Yes, Rocky Mountain National Park is more scenic, according to many travelers.

Before you visit these spectacular sites, please make sure you don’t make the mistake Chevy Chase’s character made in the movie “National Lampoon’s Vacation” — not checking to see when the attraction is open.

So check the schedules, make sure the kids have something to do in the car, figure out your expenses, treat the dog right, and have a great time!!

SEE ALSO: Safe Driving Tips And Techniques That Work In Every Season