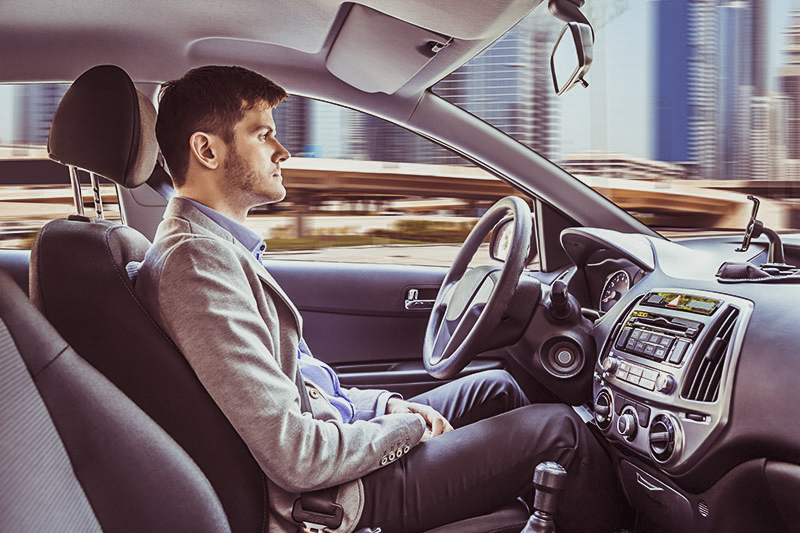 According To Study, Technology Has A Positive Impact On Traffic Congestion

Of the many challenges about driving, severe traffic congestion is one of the most frustrating dilemmas drivers often go through which defies any possible or logic explanation.

Some drivers even try to plan their drive ahead of time by using maps and other apps that help them find better ways to get to their destination on time.

Yet, there is still no definite solution to severe traffic congestion today.

A National Science Foundation study found that a single self-driving car can mitigate severe traffic congestion by improving the traffic flow of at least 20-human-controlled vehicles around it.

In a similar fashion, Ford complemented the study by revealing that adaptive use control, which is installed in many modern cars, also mitigates traffic snarls.

Raphael Stern, a graduate research assistant at Vanderbilt University and a lead researcher on the study, commented:

In some circumstances, adaptive cruise control is enough to mitigate some of the breaking traffic disturbances you would regularly see.”

While Stern reported that severe traffic congestion is an issue that affects all drivers in every city and state, he also agrees with the impact that humans have on traffic jams.

In simplicity, it only takes one driver to press the brake or slow down to create a scenario where vehicles react aggressively, which is not safe at all.

It is about an action that leads to a chain reaction that destabilizes the smooth flow of traffic.

Humans are not perfect at driving. When traffic gets dense enough, small mistakes by one driver get amplified by the drivers behind them.”

Self driving tech, though, facilitates the optimal flow of traffic ensuring every vehicle moves at a constant speed.

In this regard, Work also added:

The idea is that the cars with self-driving features smooth out the flow by driving at the average speed. Simply put, when the cars ahead are racing toward a traffic jam, you want to drive slightly slower.”

In connection with mobility, the National Science Foundation supported researchers involved in the study by allowing them to search for new opportunities in which they can unearth improvements from their research in 2016.

The study group rented 21 passenger vehicles including sedans, SUVs, and trucks that were arranged on a circular track along with one vehicle that had a fully self-driving feature installed.

The study also required a driver for each vehicle. By observation, Stern commented on their results:

As the researchers published their results in April, Ford contributed to the study by testing adaptive cruise control to determine the impact that such feature has on severe traffic congestion.

The automaker partnered with scientists to reconstruct the simulation using 36 drivers, Ford vehicles, and a closed test track.

As scientists expected, results showed that vehicles with adaptive cruise control mitigated the impact of a braking situation smoother than other vehicles that didn’t have the feature.

While these experiments were carried out in a close environment, Sterns shows confidence in the tangible benefits these tech features have in a real scenario.

Apart from the above-mentioned results, researchers also found that operating self-driving cars on the road can lower the total fuel consumption of all the vehicles that are stuck in traffic by 40%.

How To Avoid Getting Lost While Driving – No Tech Required

Is It Illegal To Drive In Flip Flops In The US? – FAQs

Were You Involved In A Hit And Run...