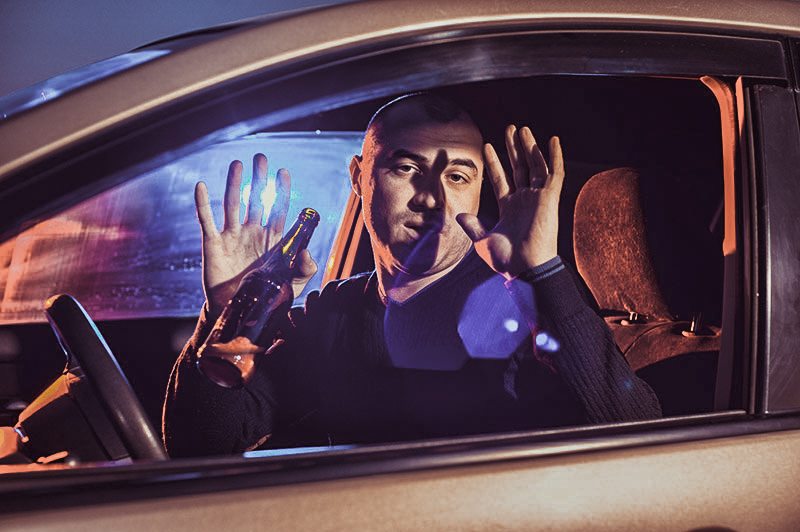 Drunk driving represents a serious issue that jeopardizes the lives of many people in the US.

Major prevention campaigns were developed against the deadly consequences of DUI (driving under the influence) and DWI (driving while intoxicated).

According to the National Highway Traffic Safety Administration (NHTSA), DUI accounts for 29% of motor vehicle fatalities in 2015, claiming about 10,000 lives a year.

On the other hand, things are starting to look brighter in the US as the number of DUI fatalities dropped by 57% from 1982 to 2014.

However, the way the US legislates against DUI offenses requires a profound analysis by state.

Note that DUI laws varies from state-to-state, so the question is: Which states has the strictest DUI laws in the country?

Research on DUI laws in the US

WalletHub – an online website that specializes on free credit scores and credit reports – has compared drunk driving penalties in all 50 states plus D.C. using 15 metrics that were carefully selected for objectivity.

Following a point-based system, researchers developed a ranking showing a list of the strictest and most tolerant states towards DUI offenses.

The study outlined interesting facts about DUI on every state. Nonetheless, eTags has grouped all these data to present an infographic that compiles the 15 states with the strictest DUI laws today.

15 states with the strictest DUI laws in the US

The infographic shows that Arizona is the state with the strictest DUI laws in the US with a total score of 84.09%.

In fact, Arizona is known for its harshest DUI laws and penalties, including long jail terms.

The second strictest state on DUI laws is Georgia with a total score of 70.45% and Georgian authorities appear to be proud of the progress they made on this area.

According to the GA DMV site, drivers committing DUI offenses for the first time are subjected to a minimum of 10 days in jail, a $300 to $1000 fine, driver’s license suspension up to 360 days, and community service.

If you are from Georgia, you should think about it prior to hitting the road after a couple of drinks.

Interestingly, Alaska ranks 3rd on the list with a total score of 65.00%, which worth discussing owing the increasing attention they are giving to DUI offenses.

Whether you are convicted of DUI in Alaska and it’s your first DUI offense, expect the following: a min. of 72 hours in jail, a $1,500 fine, driver’s license suspension for a min. of 90 days, and installation of an ignition interlock device.

The US seems to be making progress and this progress can objectively be observed when analyzing DUI law by state. There’s still more work to do for states that didn’t making it into the top 15.

Just to please your curiosity, South Dakota ranks 50th on the complete ranking as DUI offenses do not contemplate mandatory jail time.

Check the infographic below and see whether your state lands on the top 15. If not, do you consider that your state has a strict stance toward DUI offenses? Please, let us know in the comments below.

SEE ALSO: The 20 Most Common Car Problems In The US [Infographic] 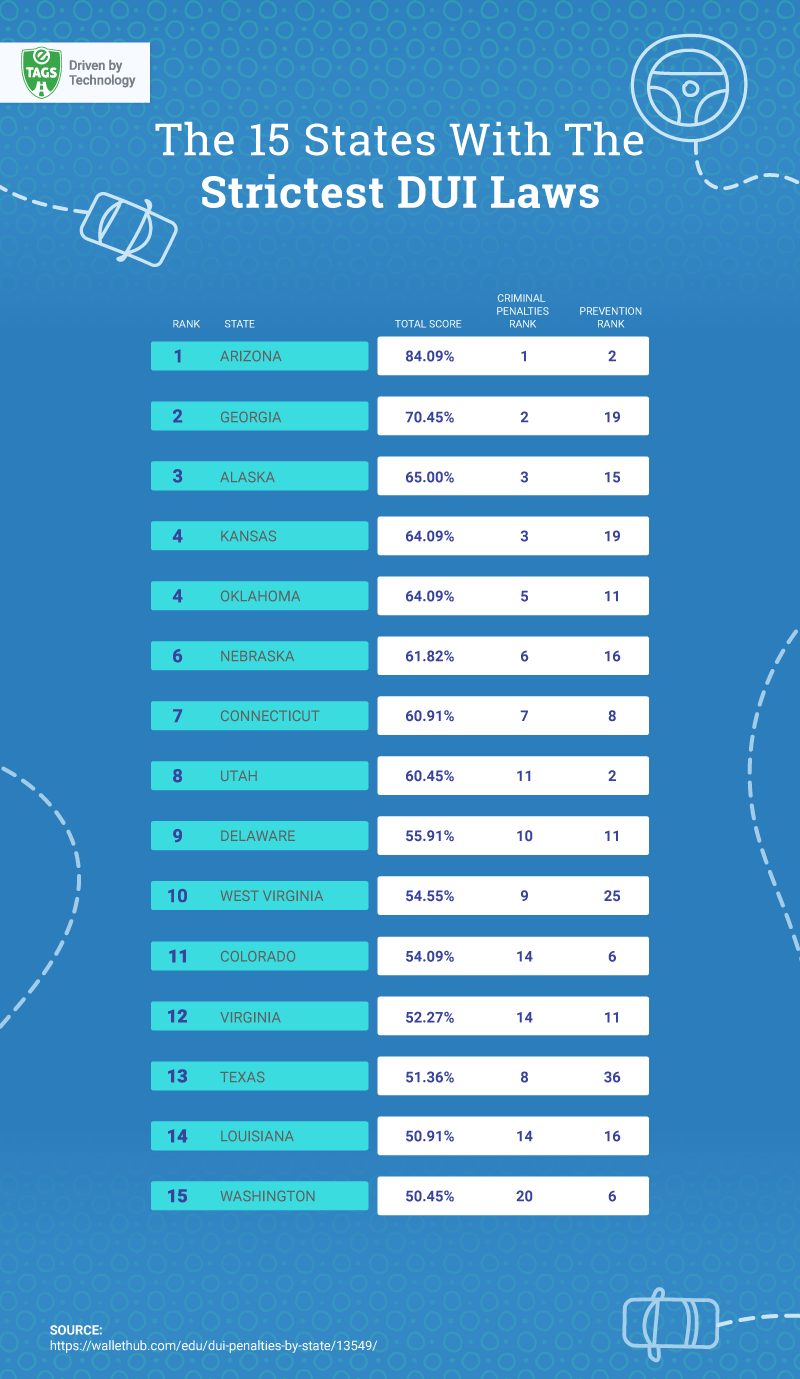