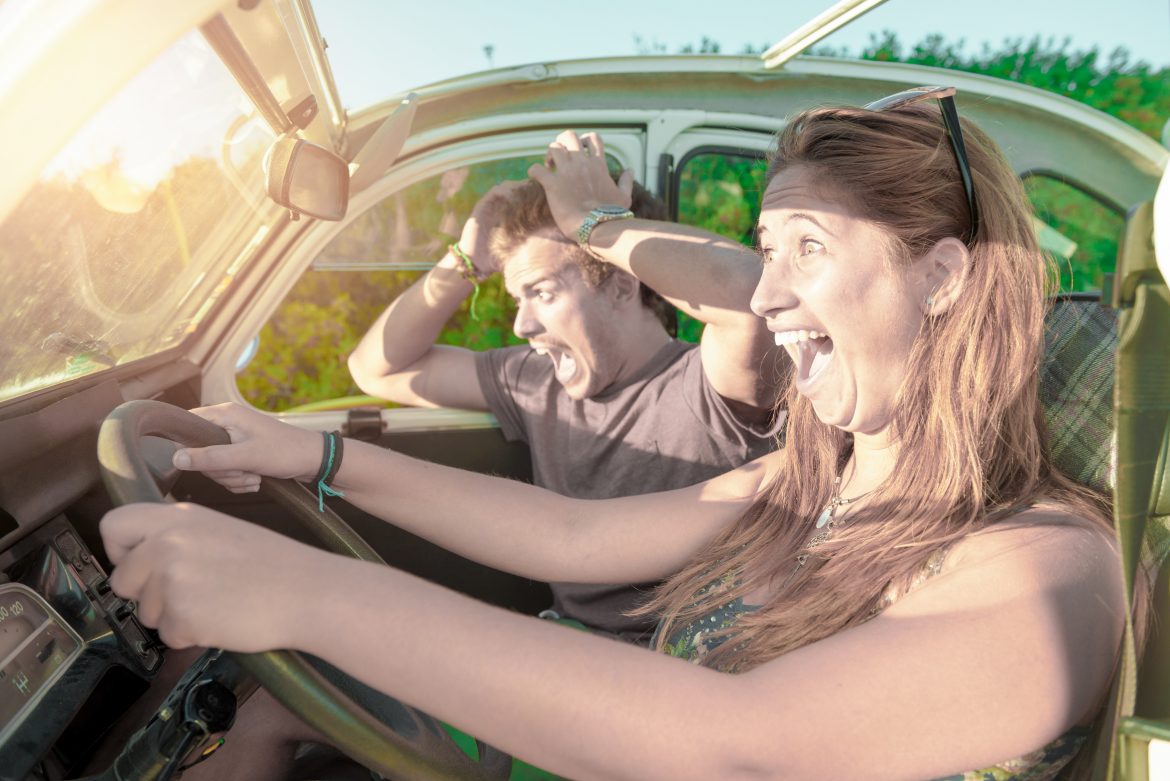 Driving Instructors Share Their Most Terrible Experiences With Students

The stories added below were gathered from seasoned driving instructors.

Once you read them all, you may wonder if students were simply nervous or just terrible learners. Up to you!

We all remember our first driving lessons. Your hands get sweaty, the rules seem complex and you’re worried about not keeping both hands on the wheel.

If you thought you would never learn, you should read about these.

Note that sometimes instructors make teaching mistakes but, other times, newbies could make you go bananas.

For example, Peter Ciappa, president of the Howell Driving School, explained that dual brakes did not stop his student from slamming his car into a telephone pole following a left turn in Manalapan (New Jersey).

“The student hit the gas instead of the brake as he was turning… When we hit the pole we were only doing under 10 miles per hour, so no injuries.”

As a former police officer, Ciappa was not only scared, to say the least, about the deployment of the vehicle’s air bags during the class, but also worried about the huge number of hubcaps that are lost because of his students – a couple per month, he estimated.

“The kid makes a turn too tight and hits a curb, or we teach them how to park, they hit the curb.”

Oh, That’s the Hand-break, Not The Gear!

Sometimes having a peripheral view does not stop students from making innocent mistakes. Dharmesh, a British instructor from Hyper Driving School, had an in-car lesson experience that he may never forget.

“So I was with a student on a lesson and we were calmly driving on a dual carriageway at 50mph, at around 8pm.
Everything was going well when suddenly, out of nowhere- the handbrake appeared to have been pulled up!
The car then swerved sideways into the middle lane, Tokyo Drift style! … It turns out that the learner was innocently trying to change into the next gear, but instead of grabbing the gear stick, pulled the handbrake up!” said Dharmesh.

There’s no doubt that Dharmesh will have a great story to share with his students as they go back to the basics.

Just Push Your Foot Down On The Pedal!

Taken from confessions of a driving instructor, Mac Demere also has something to add when it comes to teaching terrified teenagers and other amateurs to drive safely. At least, Demere knows that there’s nothing wrong with pushing the brakes.

Demere just needed his student to stay on the gas down the straightaway, and even tried to make the car not to bore down on the track’s upcoming hairpin but it clearly failed.

There’s no possible language that could have an effect on his student so they bounced off the course and ripped off the car’s under-bumper air dam. Like in a Fast and Furious movie, his student was worried about skidding.

“It’s my experience that most drivers hesitate to push a car hard—they don’t want to use more than half of a car’s braking power, much less its cornering ability. Some will hit another car or a telephone pole rather than push harder on the brakes or turn the steering wheel with more gusto.”

As a word to the wise: If you’re taking in-car lessons. keep your eyes on the road. Also, try not to distract your instructor. They’re only humans, after all, and they sometimes have trouble helping newbies drive the vehicle.

Students can get past the theory, but a spin around the neighborhood in a 2,000-pound death machine is a little different. As driver instructors keep adding pressure and getting frustrated, it’s easy to see why new drivers get flustered alongside the instructor.

It’s strange to consider the number of new drivers passing by your neighborhood—if it’s near a DMV, that is. At the end of the day, we can only be thankful. Instructors might be a little weird, and students might get thrown off, but most driving tests result in a pass.

eTags Gears Up To Transform Automotive Industry in 2018

Never Buy A Car Without Getting These 5...

Here’s Why You Should Never Drive With Your...

How To Get Car Title in Your Name,...

Your Car is Probably Filthy, According to This...

Are Electric Cars Cheaper To Own And Maintain?...