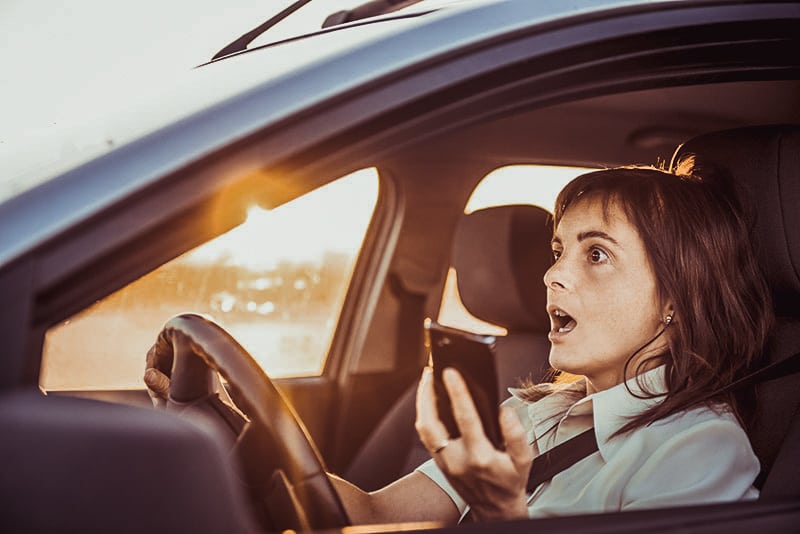 A new wave of vehicles equipped with the most state-of-the-art safety features have already penetrated the market since the last decade.

Major investments have been allocated on safety and performance to enable drivers experience an upgraded, sophisticated form of driving.

The main goal is to keep drivers safe, enhance vehicle performance, and raise awareness of the dangers of the road.

However, regardless of advances in technology, the number of deadly car accidents in the U.S. has been increasing sharply, attracting the attention from authorities and safety campaigners.

The National Safety Council estimated that 40,200 Americans lost their lives in car accidents in 2016, which, sadly enough, is a 6% rise from the previous year.

These numbers are without a doubt alarming, unprecedented, making us wonder what courses of actions need to be implemented to come to grips with this issue.

Driving can be a challenging activity, especially when you are hitting the road during rush hours when any mistakes rapidly places you on the brink of an unfortunate disaster.

A car accident happens for different reasons and most drivers are reluctant to accept they were driving inattentively or acted negligently.

Other reasons also include defective car features and weather conditions that have a direct impact on the quality of our driving.

While driving responsibly requires attention and diligence, let us walk you through the 9 most dangerous driving habits today, and what you can do to make a positive change.

Driving under the influence of alcohol and drugs is 100% dangerous

According to statistics, DUI is the cause of most car accidents in the U.S., as drunk drivers are hitting the road at a disadvantageous level of attention compared to sober drivers.

Alcohol impairs your ability to drive and, more importantly, increases the chances of making a wrong judgement while driving.

When it comes to DWI, while some places in the U.S. legalize the use of marijuana, the effects that such habit has on your driving can also lead to a tragedy for the same old reason.

Safety advocates always recommend drivers to request a taxi service or use a designated driver whenever you plan on going out for social events that involve drinks and other substances.

Always listen to your body before getting behind the wheel. If you haven’t slept enough hours or you feel somehow exhausted, there is no reason why you should ignore that.

While the signs of fatigue are quite difficult to identify, drowsy driving reduces your ability to react on time and, potentially, makes you feel dangerously sleepy.

Falling sleep while driving, particularly in high-speed roads, does not give you time to maneuver your car to escape from an accident.

Automakers, though, have developed features to aid drivers who are on the verge of nodding off.

Not to mention that you can always pull off the road, place your car on a safe spot, and take a nap before resuming your driving.

Speeding excessively is another major reason why drivers get involved in a car crash.

At its simplest, the faster you drive, the more likely it is for you to suffer a car accident. In consequence, you are advised to pay attention to the speed limits that are posted for your own guidance.

It is also worth pointing out that driving way below or above the speed limit increases the chances of getting involved in a car crash.

Take heed of the speed signs and adjust your speed based on how fast the vehicles around you are driving.

Driving goes beyond our ability to operate a vehicle. Nowadays, drivers are exposed to a myriad of distractions that do not contribute to a safer experience on the road.

From texting while driving to changing the radio station, removing your eyes and mind from the road takes only few seconds to become a fatal decision.

Whenever another driver puts you in a risky situation, chances are the driver was eating while driving or even calling someone on the phone.

These distracting habits only make us believe that autonomous vehicles are the only solution to the increasing number of accidents in the country.

Do not underestimate the impact of tough weather conditions

A cautious driver knows that driving during adverse weather conditions requires a moderate approach towards speeding to avoid fatal accidents.

Roads can be slippery, obstructed, and the traffic congestion increases, making drivers more vulnerable to the dangers of the road.

The Federal Highway Administration reports that 24% of all car crashes are associated with terrible weather conditions, which is a solid reason to drive at a moderate speed.

Driving closely behind a truck

One of the most negligent decisions a driver could make is to hide by driving closely behind a truck.

It’s a dangerous habit that not only affects your visibility, but also restricts the time you need to react in the event of an unexpected stop.

Truckers are also having a hard time looking at anything that happens behind them because of the size of their vehicles, and many times they can’t tell whether there’s a car getting to close.

Reckless driving is the opposite of driving safely

Naturally, reckless driving is the antithesis of driving safely, which in many cases contributes to the high number of car accidents in the country.

When a driver swerves, drives slow in the left lane, forgets to use the turning signals, makes unexpected stops, or keeps making other negligent decisions, there’s a great possibility that other drivers won’t be to able to react on time making the roads more dangerous.

Authorities are already punishing drivers who drive recklessly, especially when it leads to a car crash.

Wearing a seat belt is not a suggestion but a norm

The use of seat belts is of utmost importance, not only for our own safety, but it also helps us raise awareness of the alarming number of accidents that happens in the U.S in regards to bad driving habits.

Wearing a seatbelt is such a simple thing to do but it appears that some people are surprisingly hesitant about it.

Note that many car accidents take place at low speeds in quiet areas, which is a strong enough reason to buckle up for your own safety.

Not yielding the right of way

A Federal Highway Administration study that consisted of 40,000 participants found that two-thirds of drivers failed to stop at intersections controlled by stop signs.

This study suggest that people assume that other drivers will automatically stop and give them the right of way once they reach the intersection.

Rather than making the wrong assumption, focus on the road signs that are located on every intersection, and be able to predict the intentions and actions of other drivers.

SEE ALSO: What Are The Consequences Of Driving Without A License?