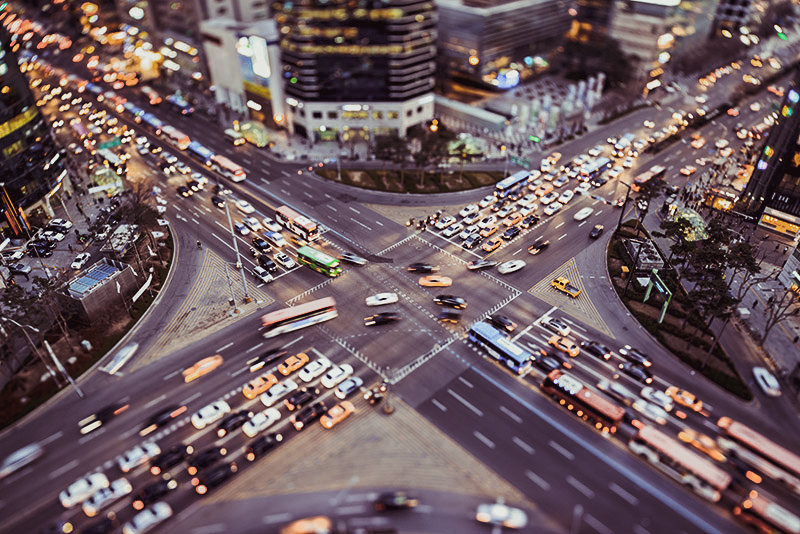 The Top 10 Cities With The Worst Traffic, According To Inrix

Inrix – a company specialized in the provision of traffic and navigation services in North America –  has released a ranking of cities with the most traffic congestion domestically and globally.

Of course, you could use these results to know where your city ranks and what other factors increases or mitigates traffic congestion today.

Which is the most congested city in the world?

Los Angeles ranks as the most congested city in the world, followed by New York and Moscow, which are tied for second place.

In the same global ranking, San Francisco, Atlanta, and Miami were in fifth, eight, and tenth place respectively.

These results were based on a study of 1,360 cities. In principle, the scorecard provides data on transportation challenges and possible improvements that could be applied for each city.

In some cases, though, those challenges may aggravate congestion owing to the latest advances in technology and reliable alternatives such as ride-hailing, car-sharing, and possibly self-driving vehicles.

The annual scorecard also points out the issues that are costing taxpayers to maintain their roads and infrastructure on each city.

In the previous year, for example, residents in Los Angeles spent around 102 hours in traffic congestion during rush hour. This accumulated number poses a total cost of $2,828 for residents.

The city also paid $19.2 billion from direct and indirect costs. These direct costs refer to the value of fuel and time wasted, whereas indirect costs relate to freight and business fees from company vehicles getting stuck in traffic congestion.

Naturally, those fees are passed to consumers (households), who are vulnerable to variations in product/service prices, according to Inrix.

Below you’ll find the 10 cities with the worst traffic congestion in the world:

Now, the following list compiles the 10 cities with the worst traffic congestion in the world:

Interestingly, the U.S. was regarded as the most congested country in the developed world, with drivers spending around 41 hours a year driving through traffic congestion in rush hours.

While Thailand ranks as the most traffic-congested country in the world, the U.S. and Russia are tied in fifth place.

It is imperative to highlight that not all cities cope with the same kind of traffic congestion.

For example, New York city and San Francisco have similar average congestion rate as Los Angeles, yet their commuting patterns differ from each other.

Both San Francisco and Boston have the highest congestion rate on arterial and city streets during rush hours, while NY has the top spot during the daytime.