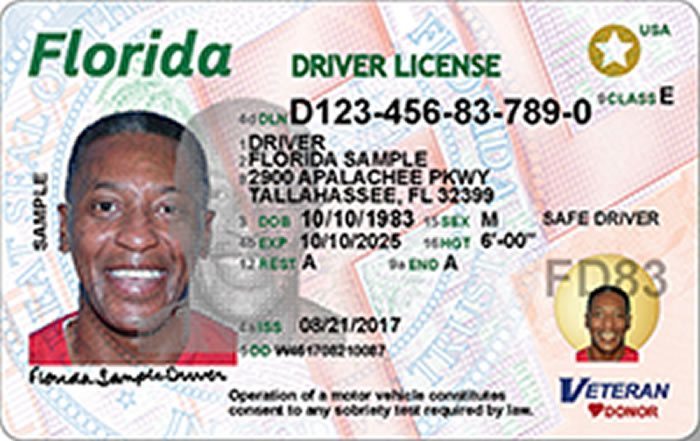 Florida driver's licenses and ID cards are getting a new look. 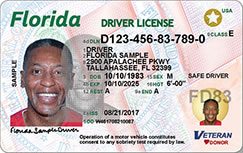 Sunshine State drivers are getting a new Florida driver’s license design, but it won’t effect the expiration date of current licenses.

The state began introducing the licenses in August of 2017 and the new design is available for new drivers and for those renewing their driver’s licenses.

The state is implementing a county-by-county schedule for the release of the new design. Between the county-by-county release schedule and a generous eight year renewal period for drivers, it will be years before all drivers in the state have the new Florida driver’s license design.

Designed with Security in Mind

The Florida Department of Highway Safety and Motor Vehicles (FDHSMV) says the new Florida driver’s license design is the most secure identification cards offered over-the-counter today. The card is twice as secure as those held by present license holders in the state. At this point, Florida is the only state to offer the new design.

Security features on the front of the card include: 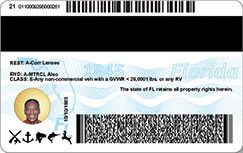 The rear of the license includes a barcode, magnetic strip, a 2D barcode, and some redundant information. The card has a definite “space-age” look to it, fitting for a state that is home to the Kennedy Space Center.

The new Florida license design features a whole new look. In the background is a large seal of the State of Florida and a large “FL”.

Four transparent headshot images are on the licenses and ID’s, and the state is using color coding to designate the type of license the holder has been issued. Fonts and images are tinted in the following designations:

Viewing the license under UV lighting really exposes the hidden features involved in the creation of these cards.

Have Questions about the New Florida License Design?

If you have any questions about the new design, the state of Florida has created a frequently asked questions page for your convenience. To see when the new design will be available in your county, check here. As identity theft becomes an increasing problem, more states can be expected to follow Florida’s lead in creating a more secure driver’s license and identification card system.

Driverless Cars of the Future Might Be the Next Smartphone