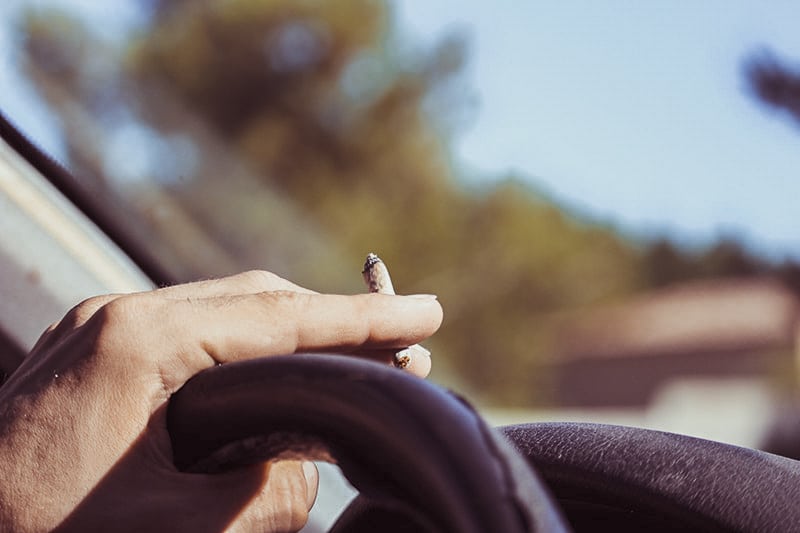 Is It OK To Drive While Stoned? Facts And Recommendations

Recreational and medical marijuana are becoming quite controversial, as more states are adopting some form of regulation to control its use.

Oklahoma, in fact, has become the 30th state to legalize the access to marijuana for medical purposes only.

As the law appears to be more receptive about the different approaches towards marijuana consumption, how would this addition affect our safety on the road? Would it be ok to drive while stoned?

The more time we spend on the road, the more we realized how impaired driving affect our concentration and jeopardizes our ability to make informed decisions at strenuous situations.

So the straightforward answer would be: No. It is never a good idea to drive while stoned and it is 100% illegal.

Examining the extent to which driving under the influence of marijuana affects performance is complicated to define. Yet, we gathered some key facts and recommendations about driving while stoned in the U.S.

Can a police officer pull you over for driving while stoned?

Any substance that impairs your ability to focus on the road is dangerous and, therefore, illegal. You will end up facing severe consequences of committing this infraction to say the least.

Even if you reside in any of the states that allows its use for medical and recreational purposes, you can still be charged with DUI for driving high.

In Arizona, for example, medical marijuana patients cannot be convicted of a marijuana DUI unless there is a solid proof that the driver was impaired while driving.

You are advised to check the law with your state before making any decision that can affect your driving record.

How can police officers tell that you were driving under the influence of marijuana?

When it comes to detecting drivers who are driving while high, police officers do not have the appropriate formula to find out whether the driver is actually high or not.

The traditional tests that police officers use to identify a drunk driver does not offer any accurate result when applied to marijuana users.

Not to mention that blood tests are not that reliable either, considering that THC (the psychoactive component in marijuana) is stored in fat cells and follows a different metabolism compared to the effects of alcohol.

Regardless of the severity of the law, proving that someone was driving high represents an authentic challenge for law enforcers.

Is it dangerous to drive while high?

Yes. Driving under the influence of marijuana can put your safety at risk.

Though, you have probably heard some drivers saying how better they feel while driving high. Even when they sound unfeigned and convincing, you should never believe their anecdotal excuses.

In 2016, The Colorado Department of Transport found that more than 17% of all DUI arrests from the Colorado State Patrol were associated with the overconsumption of marijuana.

To make matters even worse, the state of Washington reported that fatal accidents involving marijuana users more than doubled in 2014 when marijuana consumption was legalized.

Which substance is more dangerous on the road?

While impaired driving depends upon dosage and the effects that each drug has on drivers individually, a drunk driver is 10 times more likely to get involved in a fatal accident than a driver who is under the influence of marijuana.

When observing these results, we should never assume that “less dangerous” means “safe.” Both drugs affect drivers differently and that is the reason why consumption levels are critical.

Impaired driving puts everyone in a not-so-favorable position of which nobody can escape unless further safety actions are taken.

A responsible driver never gets behind the wheel after drinking alcohol or smoking marijuana excessively. Why would you?