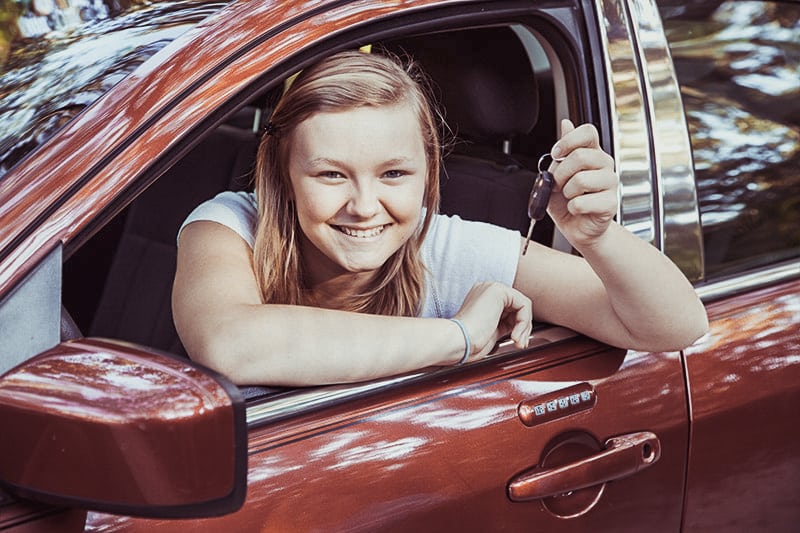 Here Are The 10 Best States For Teen Drivers [Infographic]

The number of people dying in car crashes in the United States has been a major concern for the last few years.

Despite road safety programs and defensive driving campaigns, car accidents are the leading cause of death among American teen drivers, which is alarming.

Yet, the driving environment and the safety approaches towards teen driving varies from state to state.

While getting a driver’s license involves time and practice, this process has resulted in a death sentence for thousand of teenagers each year.

In view of this, personal-finance website WalletHub has released its latest report on The Best & Worst States for Teen Drivers in which they determined the safest and least costly driving environments in 2017.

By focusing on three dimensions (safety, economic environment, and driving laws), this study analyzed the current driving stage for teen drivers in all 50 states based on 21 relevant metrics.

Those metrics include; Teen Driver Fatalities per 100,000 Teens, Maximum Cost of Speeding Ticket, Presence of Impaired Driving Laws, and others to guarantee objectivity.

Overall, this investigation has allowed WalletHub to come up with a final ranking that displays how much awareness, investment, and enforcement is given to teen driving per state.

Each metric also threw different values which expanded the study and provided specific insights about teen driving factors per state.

For that reason, eTags has created an infographic compiling the 10 best states for teen drivers using total scores along with overall values for each dimension.

As you can see on the infographic, New York is the number one state for teen drivers with a total score of 77.32. This state has the fewest vehicle miles traveled per capita.

New York also has one of the lowest premium increase after adding teen driver to policy, ten driver fatalities, and teen DUIs.

At the same time, New York is one of the best states to provide teen driver’s graduated driver-licensing (GDL) program laws, which sets the states in an really optimal position compared to the rest.

Oregon is the second best state for teen drivers with a total score of 68.57 owing to its strict driving laws and safety approaches to teen driving.

Yet, Oregon has an average performance when it comes to economic environment, ranking at 25 out of 50.

Illinois is another great state for teen drivers coming at third with 66.69 points out of 100. This state also ranked 6 out of 50 for both, safety and driving laws.

As Illinois ranked 17 for economic environment, it’s worth sharing that this state is number one for fewest teen DUIs in the country.

So, keep checking our infographic to find out whether your state made it into the top 10, and feel free to let us know what you think of your state’s ranking 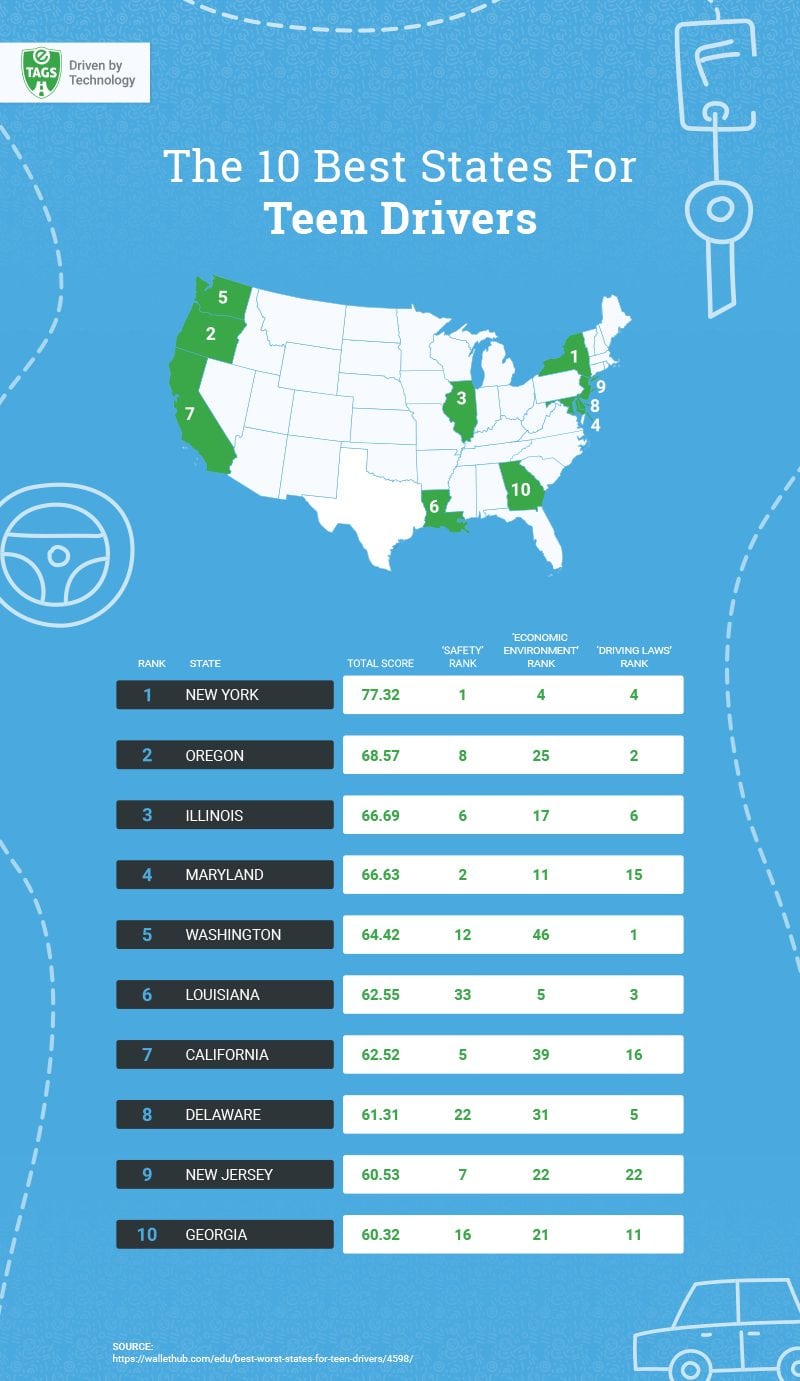