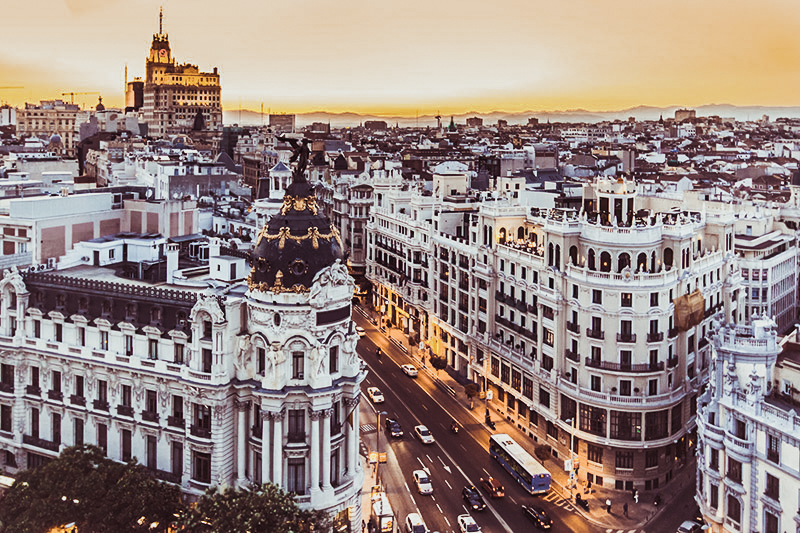 Madrid Bans Polluting Cars From Roads For A Greener Future

Madrid has unveiled new driving restrictions in the downtown area in an attempt to lower air pollution by almost 40%.

This environmental initiative requires motorists to have their vehicles go through a series of inspections so as to comply with the new law.

Any vehicle that doesn’t meet the required standards will be banned from the city, which reminds locals about the severity of the new rule.

Spanish authorities have also announced that motorists who insist on driving through the city core in breach of the new law will be charged nearly $100 for the infraction.

Not only are local authorities serious about reducing car pollution, but are also planning to tackle environmental noise and encourage more cycling.

By enacting the new law, the city council estimates that the new project will affect about 20% of the vehicles that go through central Madrid.

As the city council focuses on developing a cleaner environment, the purpose of this new project is to create an open space for pedestrians, cyclists, and encourage locals to switch to public transport.

In practice, restrictions will be applied to vehicles depending on their “type” and “label”, which will be determined following a mandatory inspection.

For instance, hybrid vehicles with an “eco-label” tag will be fully authorized to drive through the downtown area and use public or designated parking spaces without restrictions.

Though diesel vehicles produced before 2006 and gas-powered vehicles manufactured before 2000 will not get a label, and can only drive through the indicated zone if they were registered with anticipation and have access to private parking.

In 2020, diesel and gasoline vehicles won’t be allowed to drive through the emissions zone.

Similarly, locals living within the emissions zone can use their polluting cars as long as they are registered, but they can only park on their own street.

To ensure compliance, law enforcers plans on using surveillance cameras to ensure everyone abides to the norm.

How do polluting cars impact our health?

Polluting cars, including diesel and gasoline vehicles, have already raised enough controversy in regards to the significant importance of sustainability in the recent years.

The World Health Organization has reported that millions of people around the globe die owing to their continuous exposure to air pollution.

Diesel engines aggravate the problem through the formation of particulate matter (PM) and nitrogen oxides (NOx). Exposing humans to this formations could result in cardiovascular illness and death.

This project, in consequence, focuses on improving the health of children, seniors, and any other citizen sustainably.

Has your city created any measures to improve its air quality yet? Let us know in the comments below.

SEE ALSO: 8 Reasons Why You Should (And Shouldn’t) Drive To Work