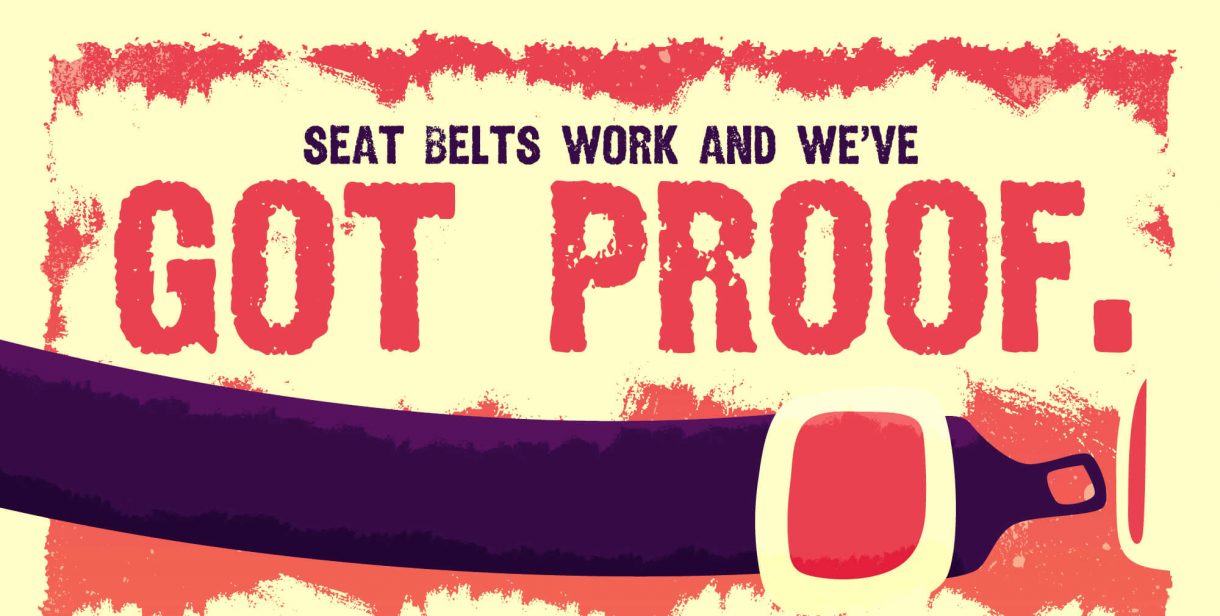 The importance of Click It or Ticket mobilization campaign to the safety of any person on the road cannot be overemphasized. Whether your are driving or riding shotgun, in the suburbs or along the highway, buckling up is one of best things you can do to safe your own life in the event of a crash.

Alan and John were carpooling home from work after the day’s hectic schedule. John, who was in the passenger seat, buckled up his seat-belt and reminded Alan to do the same. Alan dismissed this  feeling fully in control behind the wheel and  cruising at a leisurely 15mph.

The seconds ticked away, the houses and sidewalks drifted past, and the conversation flowed. As Alan approached an intersection, he continued to increase speed seeing that there was likely plenty of time before the light would change. Without warning, a car coming from the opposite direction, hung a left and Alan barely missed hitting the vehicle head on. With a million “what ifs” running through his mind and after much admonition from John, Alan finally regained enough composure to buckle his seat-belt before driving out of the middle of the intersection. Alan is like many Americans; not irrational or unreasonable but not fully cognizant or caring of the what is known as the most dangerous form of transportation in the nation. You can control your driving behaviors but not that of others which is why wearing a sear belt is so, so important.

In the face of the high number of casualties from car crashes in which the occupants of vehicles weren’t using their seat-belt, the Click It or Ticket Week was launched for the first time in 1993, in the state of North Carolina, as one part of the effort to enforce the usage of seat-belts by drivers and passengers. Following the success of this campaign, the initiative has since been adopted by thousands of other cities across the nation, helping to save countless people from death and severe injuries car crashes.

The campaign adopts the 3-pronged approach to sensitize and enlighten members of the public about the importance of using seat-belts while driving:

So far, this campaign is being used in 19 states and the District of Columbia. The effectiveness of this campaign and many other educational efforts by public and private citizens and organizations can be seen by the substantial increase in the number of US drivers who wear their seat-belt. From available statistics, the percentage of drivers who wear their seatbelts grew from 50% in 1993 to about 84% in 2010. The statistics have been improving year over year since then.