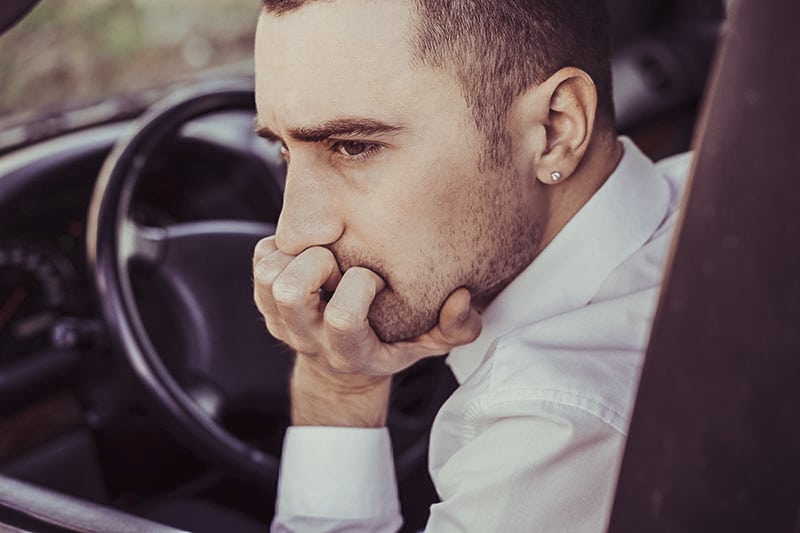 Oh, Dear! Why Are You Letting Bad Drivers Drive You Mad?

Do you get easily stressed by seeing drivers who don’t follow the rules or drive irresponsibly?

At times, drivers are exposed to certain type of people who make you wonder whether they deserve to be holding a driver’s license.

While you do your best to abide to the basic and universal norms of driving, there are other drivers who make a statement with their bad driving habits and that makes you mad.

For the most part, feeling frustrated, angry, fearful, or exhausted about it is completely understandable, but how you let those feelings impact your driving is something worth discussing.

A good advice is to never let other people’s action have an effect on your driving. It doesn’t matter if a car cuts you off in an aggressive way, you must stay committed to your safety.

Bad drivers are dangerous for you and everyone they share the road with, including themselves. Fear not, here are some tips you want to put in practice to avoid letting bad drivers drive you mad.

Bad drivers exist so get over it

Start by assuming that bad drivers are everywhere and they’ll make sure they are spotted by everyone, especially during rush hour.

Dwelling on every mistake they make, even when they are relatively close to you, does not bring any solution to the problem.

You cannot take control of people’s behavior nor their driving habits. Overthinking and exploring the philosophical reasons why some drivers act negligently just increase your frustration.

It’s good to just wish they weren’t there but ignore the situation right after that.

Move on from that dangerous situation

Yes. That terrible driver almost crashes your car from behind because he/she was texting while driving. But that doesn’t mean you have to keep engaged with the situation.

Instead, you should accept the idea that you were almost involved in a car accident and bad things happen. Once you acknowledge the experience, move on and focus on your driving.

Failure to do so, you could lose control of your driving and put yourself into another dramatic situation.

Not every bad driver is out there to chase you so keep that in mind once you see a reckless driver getting closer.

Car bullies operate without restrictions. Assuming that they are out to get you isn’t true at all because they see every driver as obstacles to get through.

You may also consider that there’s a reason why some drivers are driving erratically for a reason, and that reason doesn’t have to be a bad one.

Perhaps those drivers are driving fast to make it to the hospital to check on a relative who just had an accident or they just lost their job.

You can’t take control of others but yourself

Once you start realizing that there things that you cannot change, you’ll be ready to start taking care of yourself at least.

Nobody is free of a car accident but driving defensively reduces the chances of getting involved in a car crash.

Defensive driving is a method of driving in which a person uses safe driving strategies to identify potential dangers on the road in a predictable manner.

One of the things you learn when driving defensively is to avoid road rage at all cost, not to mention that you have the advantage of remaining focused and cool during your driving.

Retaliation is never a lesson

Just because the driver in front of you cut you off in a very rude way doesn’t give you the green light to cut him off, blast your horn, tailgate the other car, or use the middle finger to express your disapproval.

Think about it. Maybe the person who cut you off was completely oblivious about his action and once he sees you reacting aggressively, he’ll start seeing you as the evil character.

Don’t waste your time trying to teach other drivers a lesson, especially when you are trying to use retaliation as your only weapon to get back at him or her.

Retaliation only makes things escalate to a point that not only your safety is at risk, but also the safety of other drivers you are sharing the road with.

Driving can be challenging, but letting others ruin your day or make you want quit driving is not even an option.

A better choice is to open your windows, let the fresh air blow your face, check the scenery, listen to your favorite music, smile, and don’t let reckless drivers impact your day.

SEE ALSO: Look Like An Expert With These 5 Defensive Driving Hacks