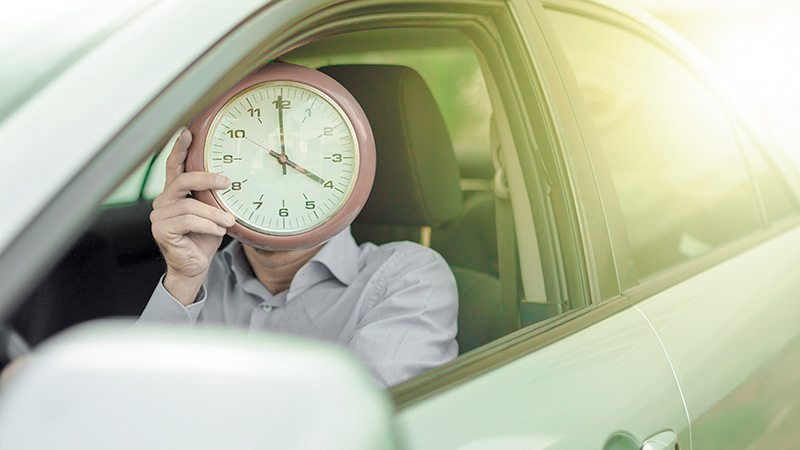 There's Always Something You Could Do To Tackle Traffic Congestion

When it comes to commuting or going to an important event everyone hates to be stuck in traffic. In fact, drivers try to find ways to reduce the anxiety by looking for alternative roads.

Nobody wants to be late, especially when the reason of your tardiness has to do with unexpected traffic congestion.

Apart from getting stuck in traffic, traffic congestions also increase pollution, fuel expenses, and stress levels. That said, the more we strive for less congestion, the better for everybody.

For that reason, here are 5 tips to help you reduce traffic congestion.

Every commuter knows that there are certain times of the day where roads are full of vehicles driving to multiple destinations.

Say, for example, any commuting between 7 and 10 AM is subjected to high vehicle congestion.

The best you could bet for is driving at non-peak times. You could either get up earlier than normal and leave for work at 6:30 AM to avoid morning rush hours.

If you need to drive elsewhere, leaving home at 11 AM, for example, would be less chaotic.

Many times relocations could resemble hell for the amount of things being transported from one place to another.

Let’s say you have a lot of furniture and vehicles to transport from Miami to Orlando. The best choice for you could be to contact car a shipping company to have your move sorted out at once.

It’s a convenient choice that reduces traffic, hassles, and the chances of getting involved in a car accident.

Just because you have to commute to work doesn’t mean you have to use your vehicle. When it comes to reducing traffic congestions, carpooling could be the solution to your anxiety.

Getting stuck in traffic could make you feel overly stressed about getting on time, but carpooling frees your mind from those dark thoughts.

If you share a vehicle with another driver, you could take turns as you don’t always have to drive. Not to mention that you could also save money on car maintenance costs.

A diligent way of anticipating your commute is to predict your ride by looking at road/map apps in your smartphone. That’s a great source of information that never disappoints.

You could use those apps to check on live road updates including, traffic congestion, car crashes, road closures among other features.

SEE ALSO: 5 Defensive Driving Tips to Keep You Safe On The Road

Consider taking alternative forms of transportation, say buses or subways, to get to your destination on time.

Not only will you lower the amount of traffic on the road, but also feel less stressed about sitting behind the wheels during peak times.

Public transportation is a good choice as you won’t need to worry about road updates any longer. Those transport alternatives adjust their route to avoid traffic congestion.

It’s also good for your budget since you’ll be paying less money on your commute, and gives you time to catch up on your favorite book, social media, or listening to some music.

How To Keep Your Car Interior Organized

Can You Guess The Size Of Jay Leno’s...