How You Drive Reveals Who You Are 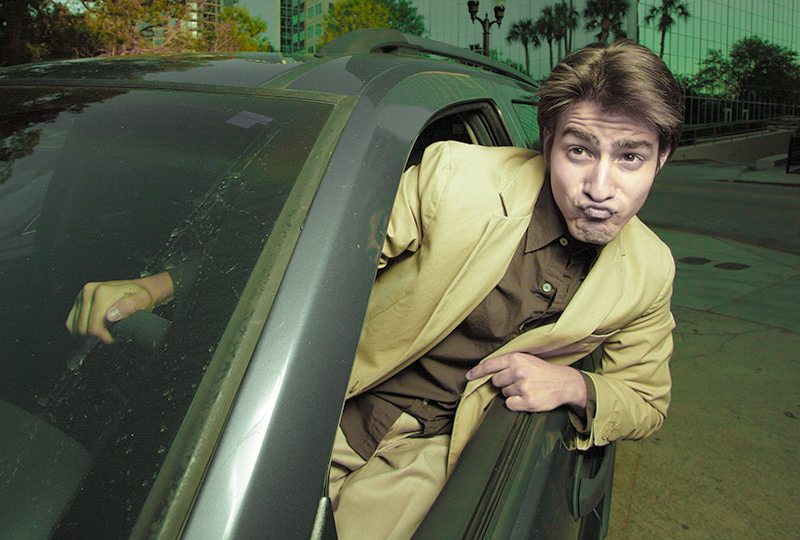 How You Drive Speaks A Lot About Yourself

As we wait for autonomous cars to solve our most painful driving hassles, human observers are disappointed as they may no longer be able to study people’s character by the way they drive.

You probably heard that people show their true colors during challenging or tough times, and that’s a real fact.

Don’t be surprised to see a warm, friendly guy at work who drives like a maniac. It’s a conflictive scenario, but driving could bring the worst in some people.

That said, here are some easy observations that reveal some human characters and other personality traits to watch out for.

It appears that your personality is described by how you drive.

Never trust a person who do not come to a full stop at a clear stop sign. There’s no exception as that’s a basic norm that we all hear while on the road.

These type of people cut corners in every single sense, which not only applies to driving rules but also to work relations.

We all know how annoying is to see drivers who are constantly tailgating as if there’s no reason why you should be in front of them.

Tailgaters are usually unimaginative people. They tend to make wrong assumptions and they end up getting in trouble for unexpected reasons.

SEE ALSO: How Texting and Driving Might Be Effecting Your Auto Insurance Rate

This applies to those drivers who have no problem blocking the road by going below or at the speed limit, leaving other vehicles waiting in line for no reason.

These type of drivers are usually passive-aggressive, and delay every alternative or initiative that could develop at work.

These drivers are the sort of people who have no problem expressing profanity and other aggressive gestures at other drivers while on the road. Yes. We are referring to those drivers who curse at you while driving away.

Know that these drivers are normally frustrated and act cowardly. They are usually gossiping and backbiting at work. Watch out!

Honking the car horn unnecessarily could be annoying for some drivers who dislike loud noises while on the road. You probably spotted a few of them already as they normally appear during busy hours.

Those people tend to be overly-critical and overly-sensitive to being criticized at work. They take their sensitivity to a next level so keep that mind.

SEE ALSO: Do You Own One of the Most Stolen Cars in the Country?

It seems that texting while driving has become a trend on the road, underestimating the fact that it could be as dangerous as driving under the influence of alcohol.

Any person who texts while driving is putting his life and the safety of other drivers at risk, so do not trust them in any scenario.

Pay attention to those drivers who do not hesitate about speeding, especially those who exceed the speed limits.

They are everywhere and tend to make statement while on the road. These drivers do not really care about other people, since they believe that the rules do not apply to them. At work, they behave inappropriately and always try to bring other people down with their actions.

Now that you’ve seen them all do you know any friend or colleague who fits with any of the above-mentioned criteria?

It’s in your best interest to show great driving etiquette to create a harmonious and beneficial social atmosphere.

3 Things To Consider When Buying A Luxury...

12 Fascinating and Passionate Car Cultures Around the...

The Real Cost Of Car Depreciation And What...

This Is Why You’ll Never Drive Slow In...

Having driver education also helps, big-time! Please note that all absences, late arrivals, or anything preventing you from your best performance, needs to be brought to your driver’s ed instructor’s attention immediately. HE’S your first point of contact, not the car! Please call his cell phone as soon as you are aware of anything preventing you from showing up to your test drive. By accepting each assignment, you are expected to drive every day that you are assigned, and fulfill all the job duties assigned to you by the Driving Supervisor. If you have any questions or concerns, please contact him first.