How to Reinstate a Suspended Drivers License 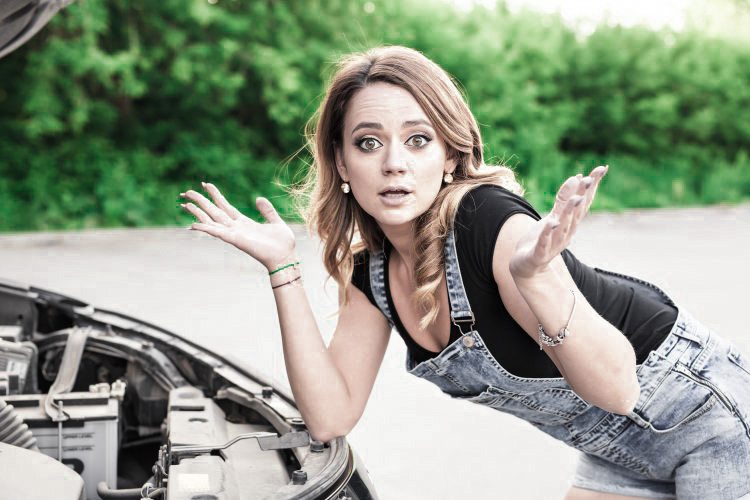 Drivers may have their driver's license suspended if they drive without insurance.

Is my driver license suspended?

One of the most common causes of getting a drivers license suspended is having too many points accumulated on your license. Currently, 41 states including Florida, California, Maryland, Pennsylvania, and Virginia plus the District of Columbia have point systems. Drivers accumulate points based on infractions they accrue over a set period of time. Reaching a certain point level may lead to an automatic suspension.

Drivers may have their driver’s license suspended if they drive without insurance. In some states, like Florida, an insurance company may report your insurance as expired even if you’ve just changed companies if your new company doesn’t report you took out a policy with them.

A suspended drivers license may result from being named a “habitual offender”. This means getting cited for the same violation over a short period of time. Failure to make a court appearance or pay child support can also lead to a license suspension. Of course, serious driving offenses like DUI or manslaughter will result in a drivers license suspended as well.

Because of the various factors that can trigger a suspension, it is possible you may be driving with a suspended license and not even know it.

If this has you wondering “Is my license suspended?” checking is relatively easy. While different states have various agencies that manage their drivers license information, each state has an online resource for checking the status of a driver’s license. You can check the status of your license in your state here.

How to Get a Suspended License Back Early

To get a driver’s license reinstated, one needs to satisfy the courts that the reason for the suspension has been resolved. For example, if your license has been suspended due to non-payment of a fine, you will need to submit payment and any additional fees. If the suspension is due to lack of automobile insurance or lack of proof of insurance, that proof must be supplied. Generally, the most serious the cause of your suspension, the more of a challenge it will be to get your driving privileges restored early.

Most states, like Florida, Virginia, California, Maryland, and others require additional steps to be taken if excessive points or a serious accident was the cause of the suspension. These additional steps may include taking an examination, enrollment in a driver improvement course, and payment of any reinstatement or licensing fees.

Depending on the circumstances surrounding your suspension, it may be possible to petition for an early drivers license reinstatement. A formal or informal hearing may be held to determine if you qualify under hardship conditions. It is generally best to contact the appropriate authorities in your state to see if your situation potentially allows for early drivers license reinstatement or what is sometimes referred to as a provisional license.

If you wish to seek early reinstatement of your driving privileges it is best to take action promptly. This is particularly true when a DUI is involved as some states have limits to how much time you have to apply for hardship reinstatements.

There perhaps are few more unsettling traffic stops than to be notified by an officer that your driver’s license has been suspended. You will immediately not be allowed to continue driving and operating a motor vehicle will be illegal for you until you get the issue resolved, even if it was not your fault. It is best to stay on top of the status of your driver’s license, registration, and insurance coverage.

A quick check online of your driver’s license status may help you head off any potential problems on the roadways. If you have been acquiring points on your license for previous violations, drive especially cautiously or allow others to drive when possible.

If you have changed auto insurance companies, follow up with your new provider to make sure they have notified the state of your new coverage. Since it is easier than ever to maintain the status of your driving-related records, getting stopped for a suspension you were not aware of just shouldn’t happen.

Driver’s Licenses for Florida Teens: What Parents Should...

Tips To Improve Your Defensive Driving Skills Every...

The Necessary Steps To Getting A Florida Driver’s...

How To Take A Good Driver’s License Photo...

Can I pay security deposit that is required to reinstate my license. Thru your website

NMy FL drivers license is suspended for no insurance.I am no longer using the vehicle,if I surrender my tag can I get my drivers license reinstated? And how much will it cost?

Yes, you must go to a tag agency to cancel. Make sure to keep the receipt given as it will have to be presented to reinstate license at DMV. We’re not sure of the exact cost, but should be somewhere around $120.00

My GEORGIA CDL has been suspended for a OVI And was sentenced one year on August 29th 2018 out of Delaware,OH. I have about three more months to go. I had no run ins with the law since. And have only a few overweight tickets in the past. But all in all I only lost two points dur to this. Should I try to see if I can get my CDL back early?

Hello Terry. You will have to contact your local DMV agency as they have their own policies for CDL reinstatements. Good luck.

Is it possible to get your driver’s licenses back when suspended for one year six months.

Hello Haley. You will need to contact the DMV to find out what’s your status as a driver and what courses of action you need to take to get your license back.